Home Opinion Tardiness is not a personality trait
OpinionPrint 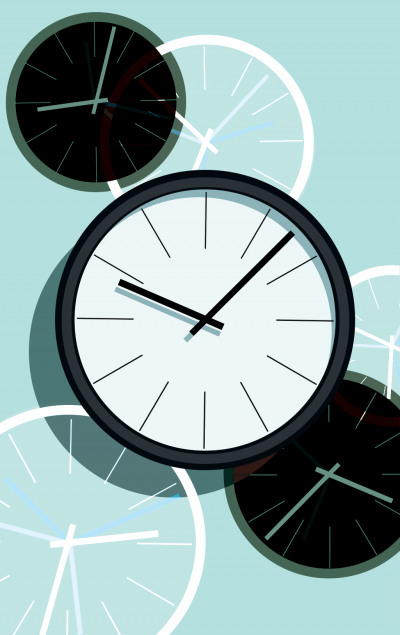 Modern American culture normalizes chronic tardiness – something that should be inexcusable in civilized society.

Today’s social behavior is centered around impressions. When people are late, they give the impression that they are disrespectful and unreliable. Arguably, it is one of the worst qualities a person can have, as it impacts the lives of others. While it may seem like a quirky to some, it is a blatantly rude that must be corrected.

The issue begins when lateness becomes a habit. Being intentionally late communicates to others that their time is not valued. It truly is – whether the person is aware of it or not – an action fueled by selfishness, essentially saying, “you and your time aren’t as important as I am.” At the least, it is inconvenient scheduling-wise, though the act itself is consistently insulting.

It becomes especially rude when perpetrators lazily attribute their lateness to their personality. Rather than understanding the source of resentment, they become incredibly defensive. Objectively, being late is not quirky – it’s disrespectful. Society has perpetuated this behavior, coming to tolerate and even accept it.

There are also people who act like they cannot help it. They claim that no matter how hard they try, they are always when in reality, it is the product of their own choices. People make the choice to keep working, to stop for coffee along the way, or to not account for traffic or parking when it comes time to leave. These choices are all controllable. Those who are always late need to stop pretending as if it is an unhackable when every other considerate human being has it figured.

It is worth mentioning that there are always incidents where “something happens”: the freeway has a few closed lanes, the dog ran out the front door, a pipe burst, etc. These uncontrollable factors are the occasions when running late is understandable. This is not meant to point out the occasional tardy, but more so the people who are routinely late or never on time. Being late becomes rude when it happens so often that people begin to expect it.

Timeliness shows the most basic level of respect. Parents should be modeling this behavior for their kids because it sets them up for success both professionally and socially. In addition to respecting others, learning the importance of punctuality is an essential skill, whether it means getting to work on time or arriving at the airport to catch a flight.

Not only is being late discourteous, but it also sends a message: that the person is irresponsible or untrustworthy. Despite its intuitiveness, people need to not only be aware of how their actions can affect themselves but other people as well. It is as simple as being self-aware and considerate.