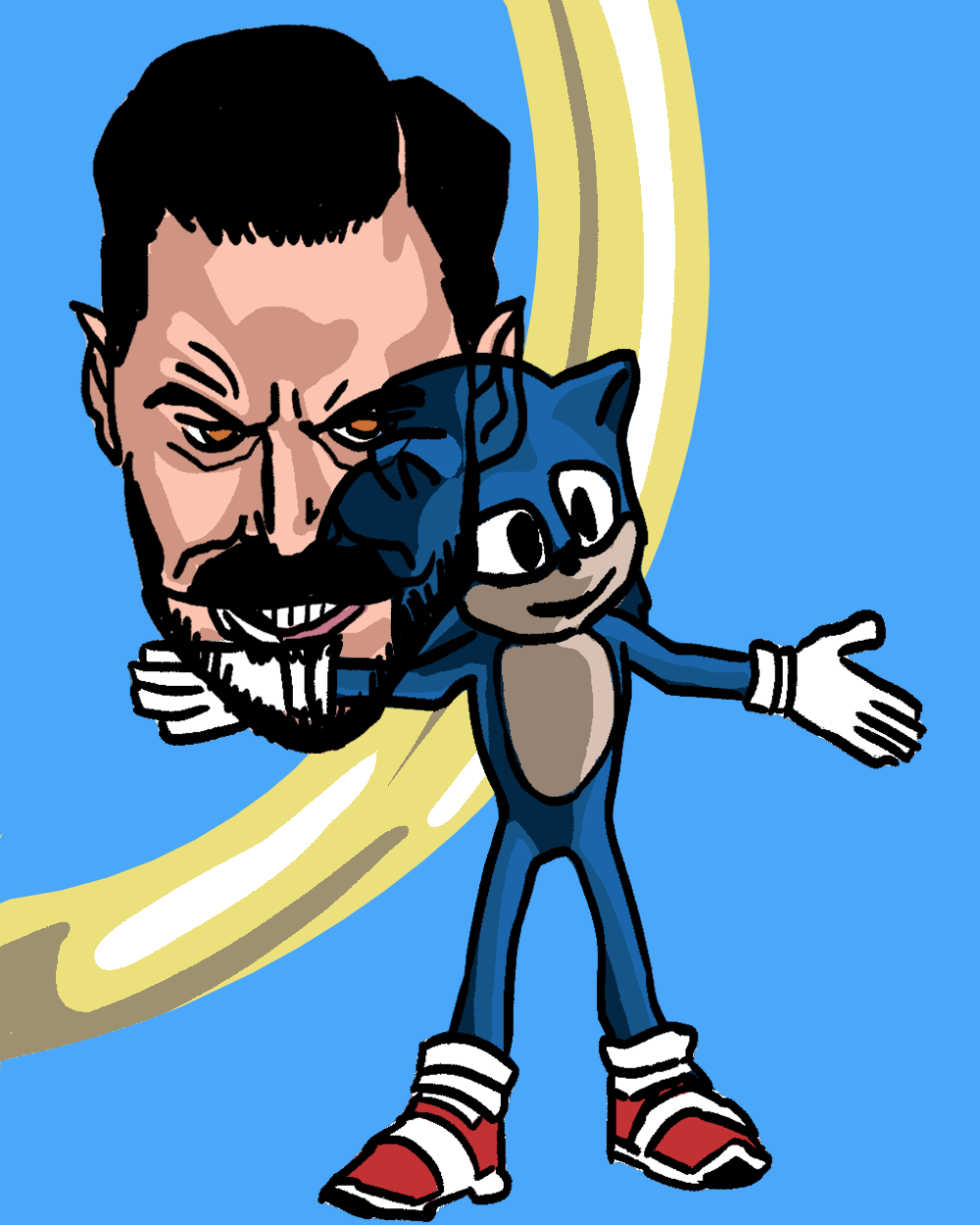 'Sonic the Hedgehog' is held back by its inauthentic acting and outdated pop culture references.

After the character’s initial roaring success from the 90s video game, the announcement of a Sonic the Hedgehog movie release created somewhat of a craze among people who grew up with the iconic character. However, the movie takes a surprising turn and discards most references to its video game roots, becoming an unlikely buddy film that makes for mediocre family entertainment, though as a film that lacks personality and depth.

In Sonic the Hedgehog, the title character and his human friend travel to San Francisco to retrieve a bag of rings given to Sonic by his mentor. He then uses these rings to transport himself around the universe to flee persecution, in this case from an evil genius hired by the government to extort his powers.

Unfortunately, what could have been a more or less entertaining family film is marred by a solid amount of unexplainably cringeworthy moments. The number of outdated pop culture references and shameless product placements from the likes of Olive Garden was far from necessary. It is worth noting that Sonic flosses not once, but twice in the movie. The purpose of implementing these is understandable when looking at the film’s target audience, however, any viewer above the age of 12 is likely going to find these annoying and detrimental to the quality of the movie.

In addition, the cast’s inauthenticity and the movie’s basic script was blatantly obvious. James Marsden and Tika Sumpter, who play Tom Wachowski, Sonic’s human companion and his wife, exemplify this flaw: Both actors present a Hallmark-esque, eye-rolling delivery of their lines. The insincerity of the pair’s acting created an unbearably sappy atmosphere wherever they were present which was, unfortunately, the entire movie. Instead of proper immersion, the poor acting makes the audience feel like they’re staring at a human zoo through four inches of laminated glass.

Sonic the Hedgehog definitely had its share of positives, almost entirely centered around an amazing performance by Jim Carrey as supervillain Dr. Robotnik. Carrey’s comical demeanor gave the film an automatic boost in quality.

Ultimately, this movie knows its audience: children. The film’s creators clearly recognized that the movie would likely be an introduction to Sonic for children who grew up without the Sonic games, setting up an easily digestible plot that is simple to follow and also incorporates a few elements from the Sonic universe.

Yes, the movie was cheesy, but it was simultaneously fun and sweet. It is easy to pinpoint everything inherently wrong about a film, but it’s necessary to think of it within its parameters. Sonic the Hedgehog wasn’t created with the intent of winning an Oscar and shouldn’t be treated as such. Objectively, it meets all the requirements for its vision and genre. At its worst, it is two hours’ worth of mild entertainment and brings national treasure Jim Carrey out of retirement — not too bad.