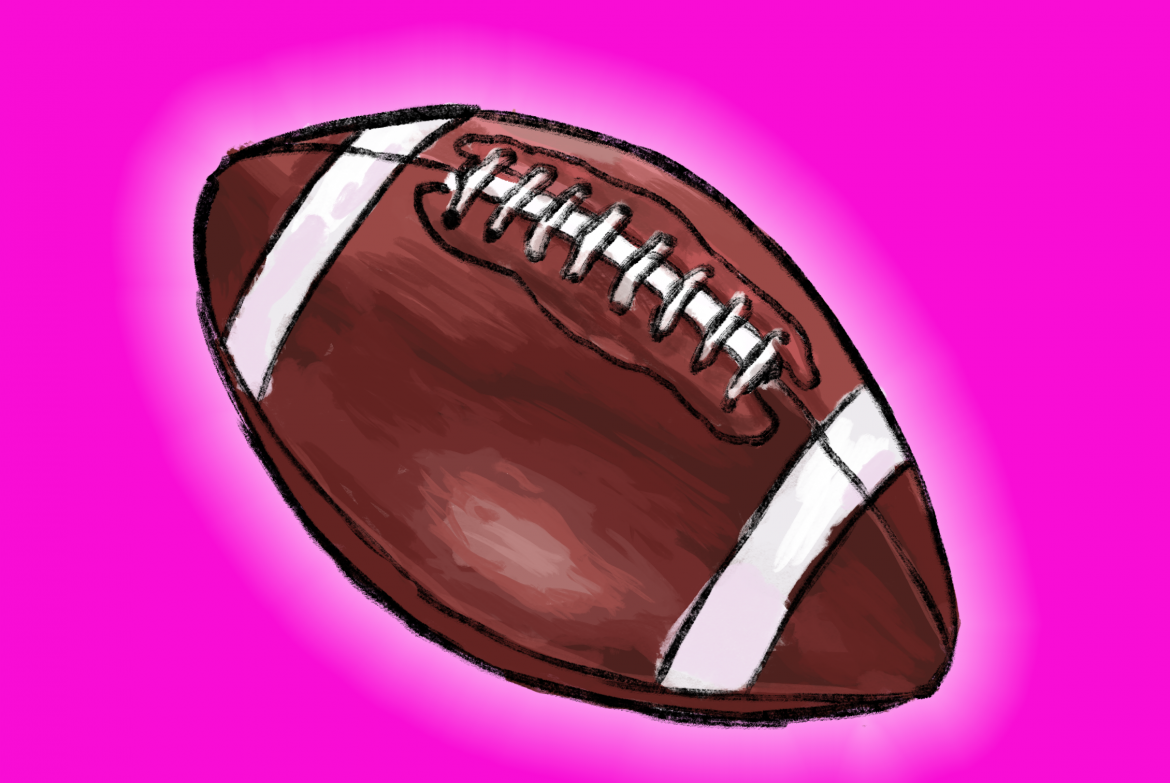 I have never been good at sports. Regardless of my countless efforts growing up to join soccer, lacrosse, and basketball, competitive sports were never my forte. Subsequently, I have never felt the need to participate in our school’s Powerpuff program. Don’t get me wrong — the program seems fun — but aside from my lack of athleticism, something about the idea of Powerpuff has always rubbed me the wrong way. Upon more reflection, I’ve come to realize that Powerpuff perpetuates sexist, outdated ideas. Quite frankly, I’m shocked that the game is still emblazoned on this campus.

Last year, SPHS changed the name from “Powderpuff” to “Powerpuff.” “Powderpuff” refers to a delicate pad used to apply face powder, which gave the program a fragile connotation — that girls are not tough enough to play real football. While the name change was a progressive upgrade, it doesn’t mean that the game has suddenly lost its patriarchal undertone. The cheerleaders at the flag football game are called “manleaders,” insinuating how a boy would never be considered feminine enough to actually join pep. This form of crossdressing also has an extreme transphobic connotation. The strict separation between the two programs also reinforces the gender binary, leaving no clear space for genderqueer or transitioning students.

The biggest problem I have with Powerpuff is the culture it creates around female athleticism. The fall football team is supposed to be co-ed, yet there exists an entire program for girls to play an easier version of the sport. This emphasizes the idea that no girl would ever be physically capable enough to play “real” football. Also, more people attend the Powerpuff game than any other girls sports game aside from CIF. Basically, the student body finds it more entertaining for girls to play an easier version of football rather than watching them play full-season sports that they spend a lot more time practicing. This articulates how, even now in 2020, female athletes are not taken as seriously as their male counterparts.

I’m going to attend the Powerpuff game to support my many friends and peers who will play in it, but that doesn’t mean I support it. I think a much better use of Powerpuff funding would be to provide intramural club teams for people who don’t have the time or skill to play on one of the school’s sports teams. My overtly athletic sister didn’t play on a league team in college because of lack of time, but intramural sports allowed her to continue practicing the games she always loved.

Powerpuff may be fun for those who participate, but at the end of the day, it reinforces patriarchal values that this school should’ve abandoned long ago. It’s time to cast this out-of-date tradition aside.

Now is the time to finally reclaim...