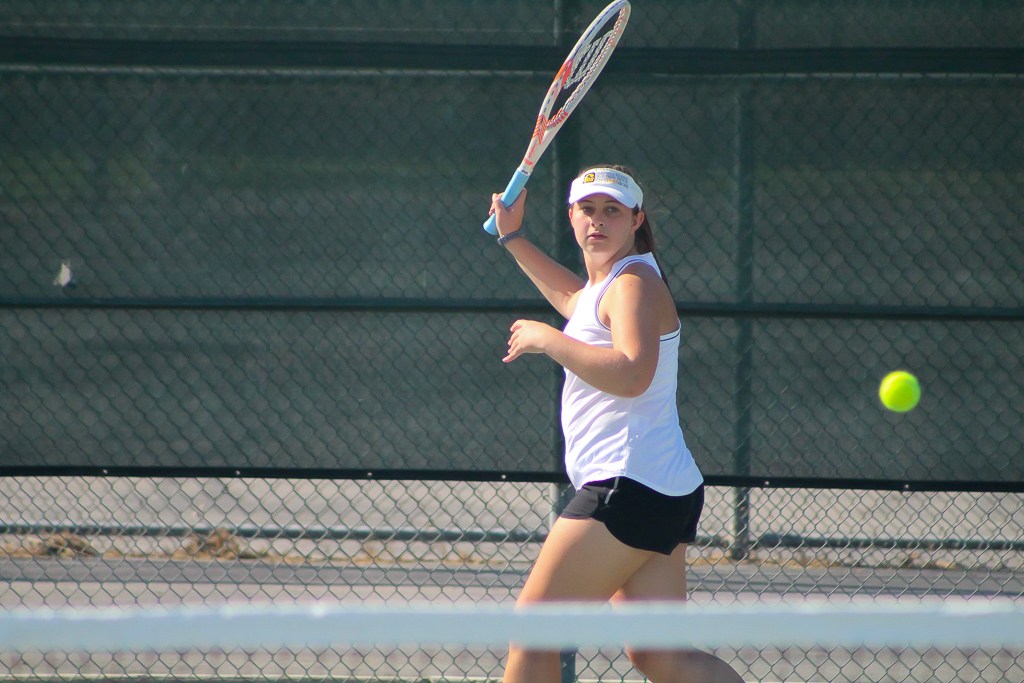 The Tigers' doubles teams only produced one win and South Pas was unable to grab the win.

Girls’ tennis suffered a loss to the Glendale Nitros on Thursday, Aug. 29. The Tigers now drop to .500 in preseason play.

The singles squad pulled through with only two losses. Singles one, junior Carissa Park, won all three sets with scores of 7-5, 6-0, and 6-2. Singles two junior Olivia Reed and singles three freshman Kyra Campbell managed to both win two out of their three sets.

The doubles squad failed to compete with the Nitros, only winning one set total. Doubles team one, senior Teryn Kum and junior Skylar Cornforth, was able to grab the second set from Glendale High School with a score of 6-0. Doubles two junior Kimberly Hsueh and sophomore Stephanie Li also came close to winning their third set, but fell short 7-5.The girls’ team will look to make a comeback at their home game against Polytechnic on Tuesday, Sep. 3.