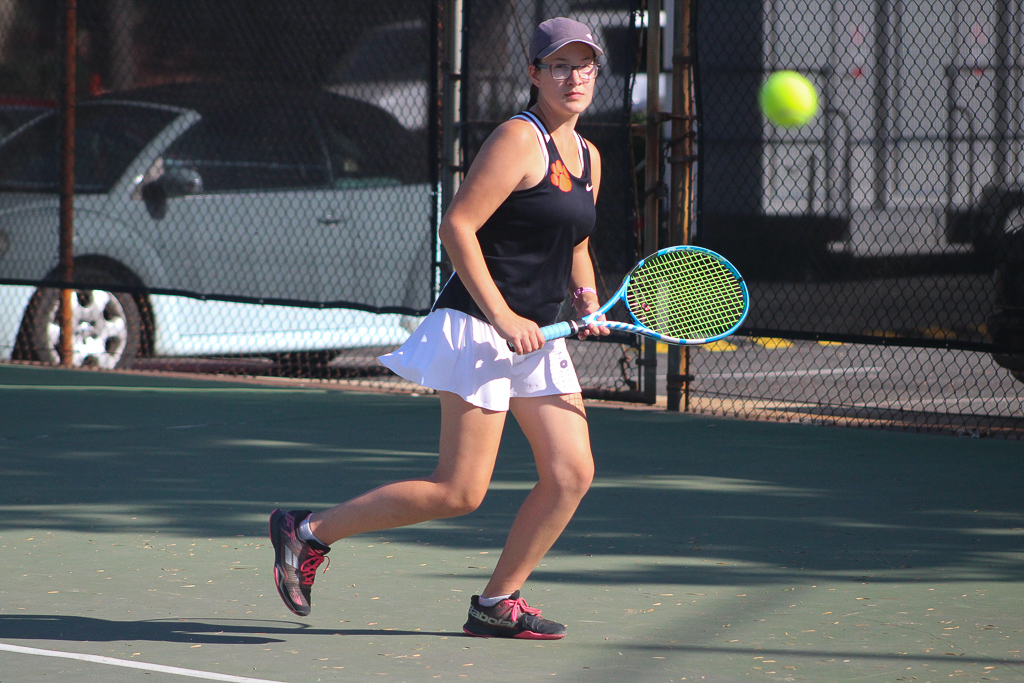 The singles squad delivered the Tigers the victory, responsible for eight of the 10 sets won.

Girls tennis barely beat the Temple City Rams, 10-8, in its first game of the season on Tuesday, Oct. 1.

Singles one, junior captain Carissa Park, wiped up the ground with her opponents, winning all three sets 6-0, 6-1, and 6-0.

Junior Olivia Reed played as singles two, losing her first set, 6-2, but closing out both of the next sets, 6-1. Singles three, freshman Kyra Campbell, also swept the sets with scores of 6-0, 6-0, and 6-1.

The doubles teams were less fortunate in their outcomes, only winning two sets total. Doubles one, senior Teryn Kum and junior Skylar Cornforth, struggled in the first match with a 6-2 loss but bounced back, emerging with 6-1 and 6-2 victories.

“I’m really proud of the team’s win today. This game was a pivotal point in our road to CIF. It’s nice to see the cohesiveness and tenacity of the team. Hopefully, we can carry the energy throughout the rest of the season,” Kum said.

The girls team looks to move up to 2-0 in league against San Marino on Thursday, Oct. 3.