Girls tennis finishes season with a loss to La Cañada 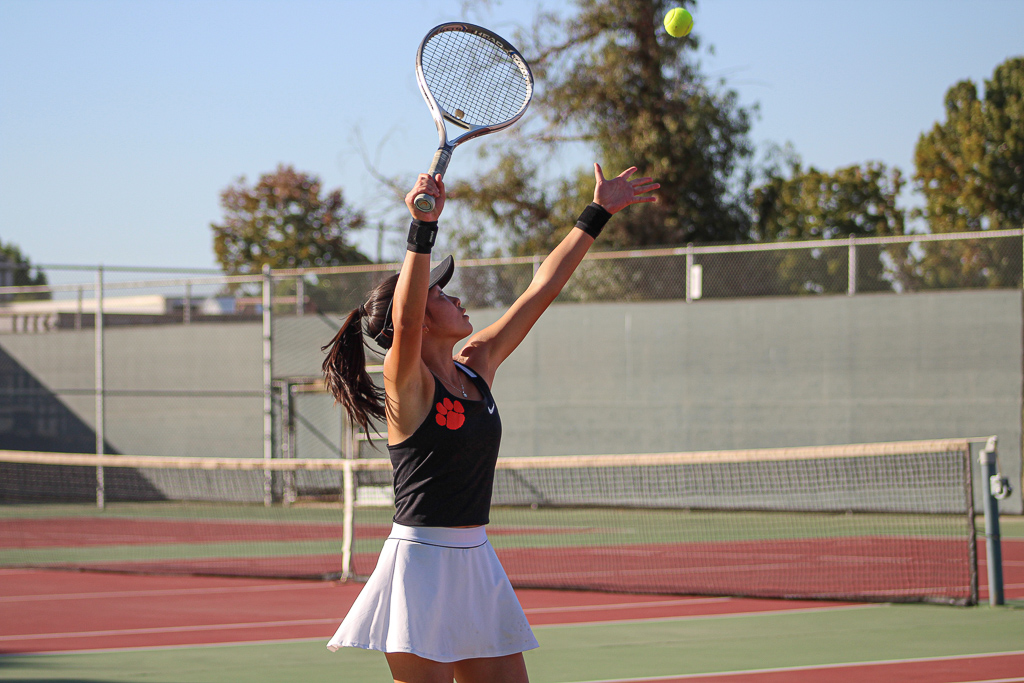 After losing five of their last six games, the Tigers end the season with an 8-10 overall record.

Girls tennis suffered a harsh defeat against the La Cañada Spartans, losing 14-4 sets on Monday, Oct. 28. The Tigers finish with a 3-5 regular season record and 8-10 overall.

The doubles squad managed to only pull one set from La Cañada. Doubles team two, junior Lauren Galles and senior Bella Kan, was the only combo that succeeded, defeating their doubles three, 6-3.