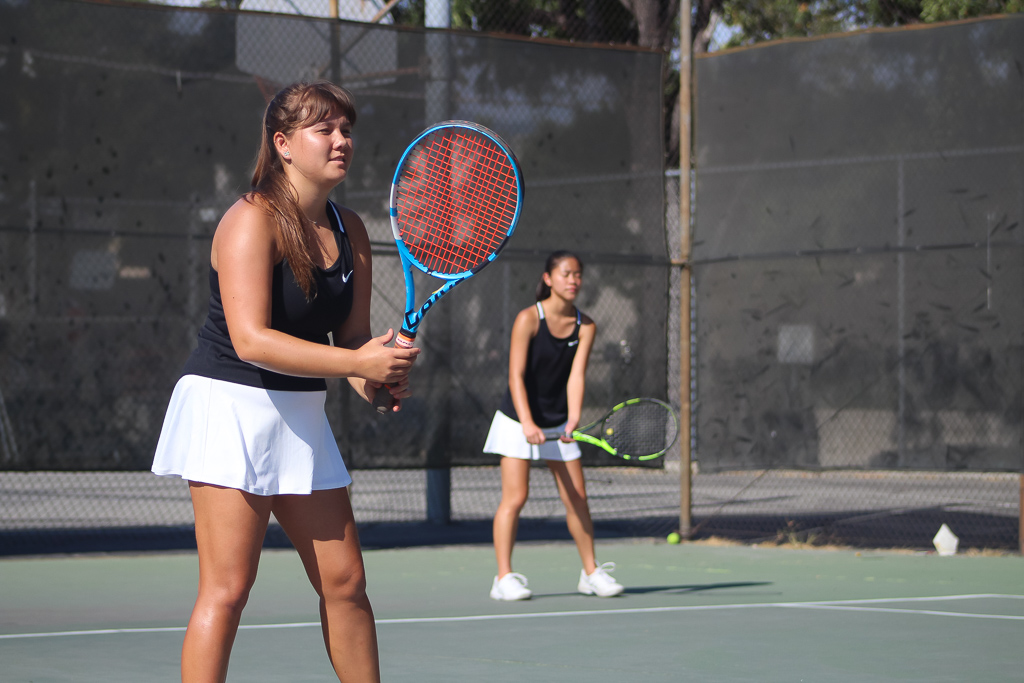 Girls’ tennis dropped a preseason match to the Polytechnic Panthers, 11-7 on Tuesday, Sep 3. The Tigers are now 1-2 in the early preseason.

The singles squad barely scraped through winning five out of nine sets. Singles one, junior Carissa Park, easily won all three of her sets with scores of 6-1, 6-0, and 6-1. Singles two junior Olivia Reed lost her first set, 6-4, but rebounded, finishing her last two sets with victories, 6-4 and 6-1.

The doubles squad only managed to pull two sets from the panthers. Doubles team one, senior Teryn Kum and junior Skylar Cornforth, lost their first two sets of with scores of 6-3 and 7-6. In their third set, they managed to make a comeback and finished with a 6-0 win. Doubles team three, junior Meagan Chang and sophomore Sarah Uwabo lost their first two sets 6-0 and 6-1, but locked down their last set with a close score of 7-5.

The girls’ team will look to improve its record at an away game against Burbank High School Thursday, Sep. 5.