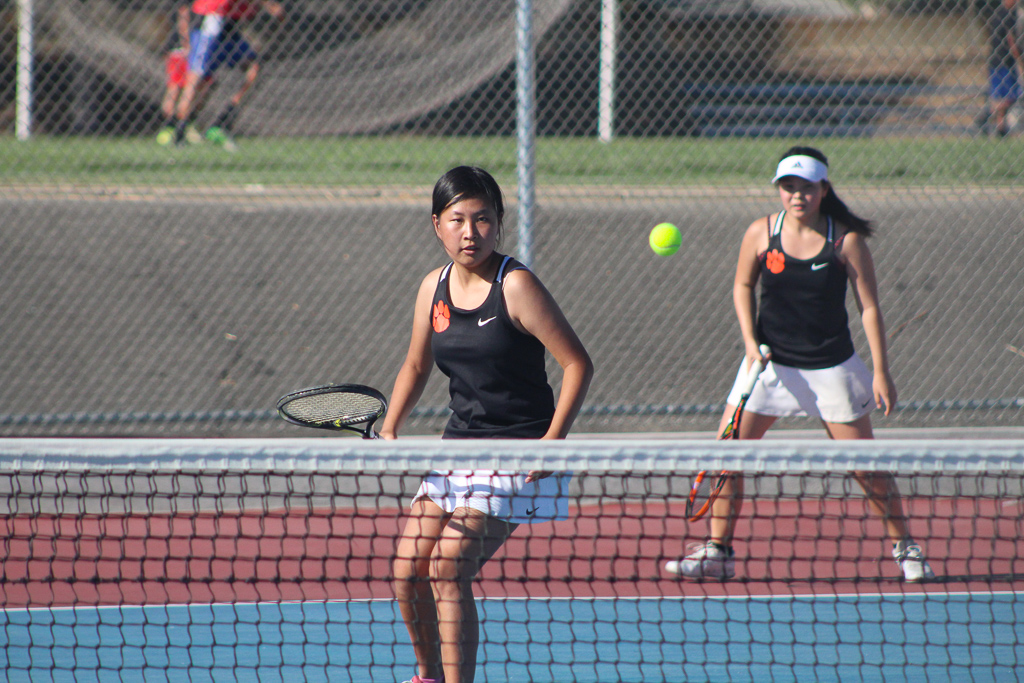 Doubles three, senior Jessica Deng and sophomore Sarah Uwabo, won the first set 7-6, but fell to Westridge 7-5 and 6-2 in the final two.

The singles squad struggled to find its footing, only winning a third of the sets. Singles one, junior Carissa Park, stumbled in her first set, losing 6-3, but swept through the final two, 6-0 for both sets. Singles two, sophomore Ava Feldman, lost her first two sets with scores of 6-0 and 6-3 before being subbed out for senior Bella Kan. While Kan put up a strong fight, she fell 6-4. Singles three, freshman Kyla Campbell dropped her first two sets, 0-6 and 2-6, but bounced back for her third set. The first round led to a tiebreaker, and Campbell pulled through with a tough 7-5 victory.

The doubles squad fared much better, narrowly winning the majority of their sets. Doubles one, senior Teryn Kum and junior Skylar Cornforth, easily won all three sets with scores of 6-1, 6-4, and 6-1. Doubles two, junior Kimberly Hsueh and sophomore Stephanie Li, barely won the first game, 7-5, but were unable to replicate that success, losing the next two, 6-3 and 7-5. Doubles three, sophomore Sarah Uwabo and senior Jessica Deng, also started off strong, going to a tiebreaker and winning 7-6. After their tiring game, they were unable to finish off the last two sets, losing with scores of 7-5 and 6-2.

Girls tennis will look to improve upon their mistakes against Glendora on Tuesday, Sept. 17.

Berry Opera offers an elegant but pricey taste of France