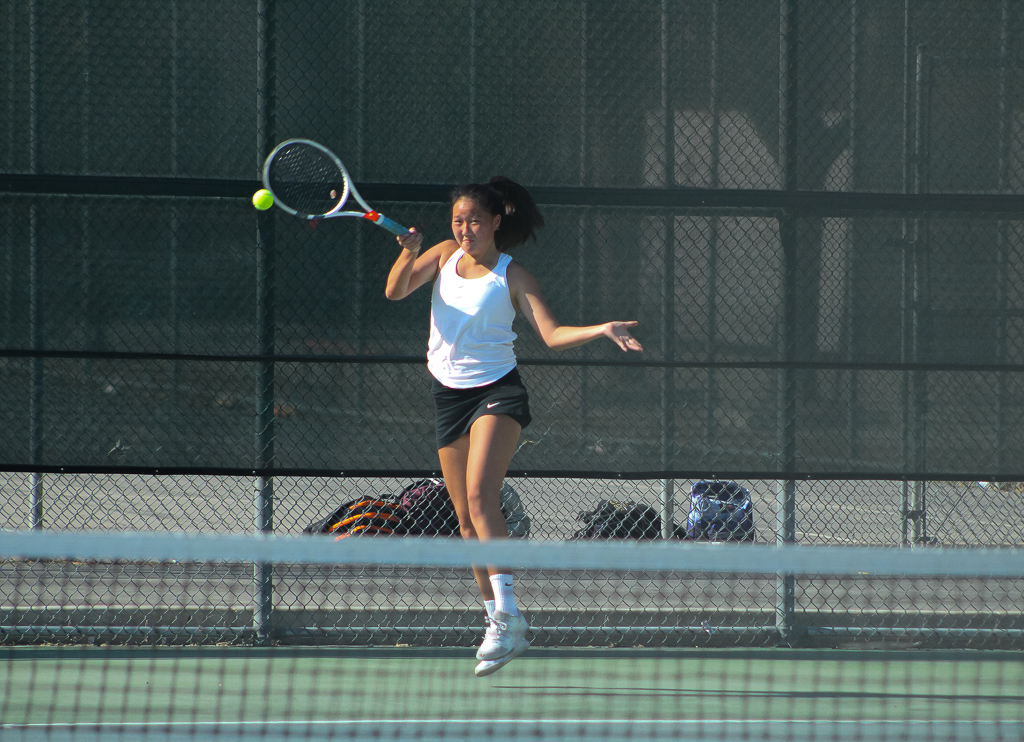 The Tigers easily coasted past the Moors, only dropping three sets.

The singles squad only lost one set, dominating the opposing Alhambra players. Singles one, junior captain Carissa Park, won her first two sets and was subbed with senior Bella Kan to finish out the last game.

“For me, my game was pretty intense. We went into a tiebreaker with a win of 7-7 and 7-5. My opponent attempted to throw me off by hitting some short shots but ultimately, the combination of the heat, tiredness from the long game, and consistent shots on my part helped me come out with a win,” Kan said.

Similar to the singles squad, the doubles squad excelled, only losing two sets to Alhambra. Doubles team one, senior Teryn Kum and junior Skylar Cornforth, easily pushed through its opponents, winning all 6-0, 6-2, and 6-0. Junior Kimberly Hsueh and freshman Kyra Campbell, doubles team two, won their second and third sets with scores of 6-1 and 6-2. Doubles team three, junior Lauren Galles and sophomore Sarah Uwabo, was unable to lock down their first set, and lost 6-3. For the second set, they were substituted with juniors Sienna Chen and Meagan Chang, who pulled through a win of 6-4. Galles and Uwabo played the last set and lost 6-2.

The girls’ team will look to continue its success in an away match on Thursday, Aug. 29, against Glendale High School.

Trudie Strobel: A Life In Tapestry