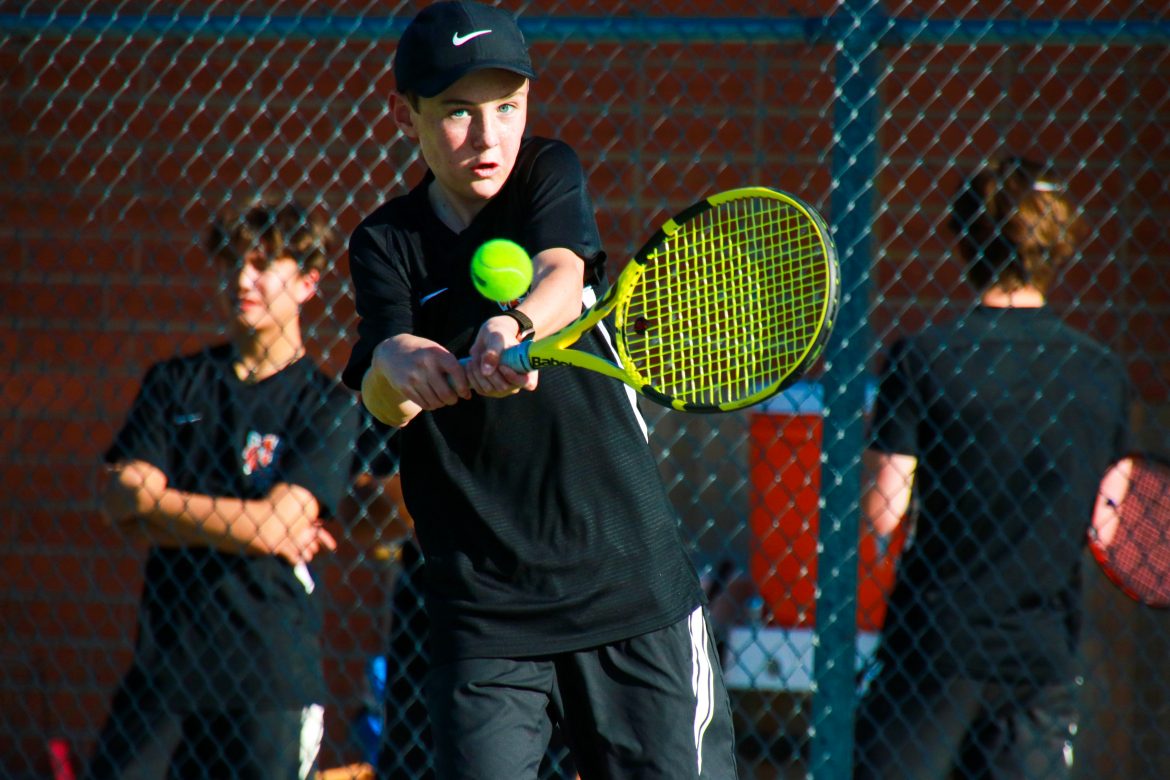 The Tigers easily coasted in every set, winning 18-0.

Boys tennis earned its first victory of the year, sweeping through every game against the Alhambra Moors on Tuesday, Feb. 25.

Singles one, freshman Finn McMillan, managed to keep every opponent below three. Singles three, junior Arthur Li, narrowly pulled through during his game against Alhambra’s singles three, winning 7-5 and sealing the day undefeated.

The doubles teams contributed to this domination as well, maintaining control of the court. All three teams decimated the competition, holding the opposing doubles teams to under three points.

“Although we dominated and took our first victory, we have to be aware that extremely challenging teams will come our way,” senior Ayush Pareek said. “We have to be prepared both physically and mentally.”

The Tigers will look to build on their latest win when they visit John Burroughs High School on Wednesday, Feb. 26.