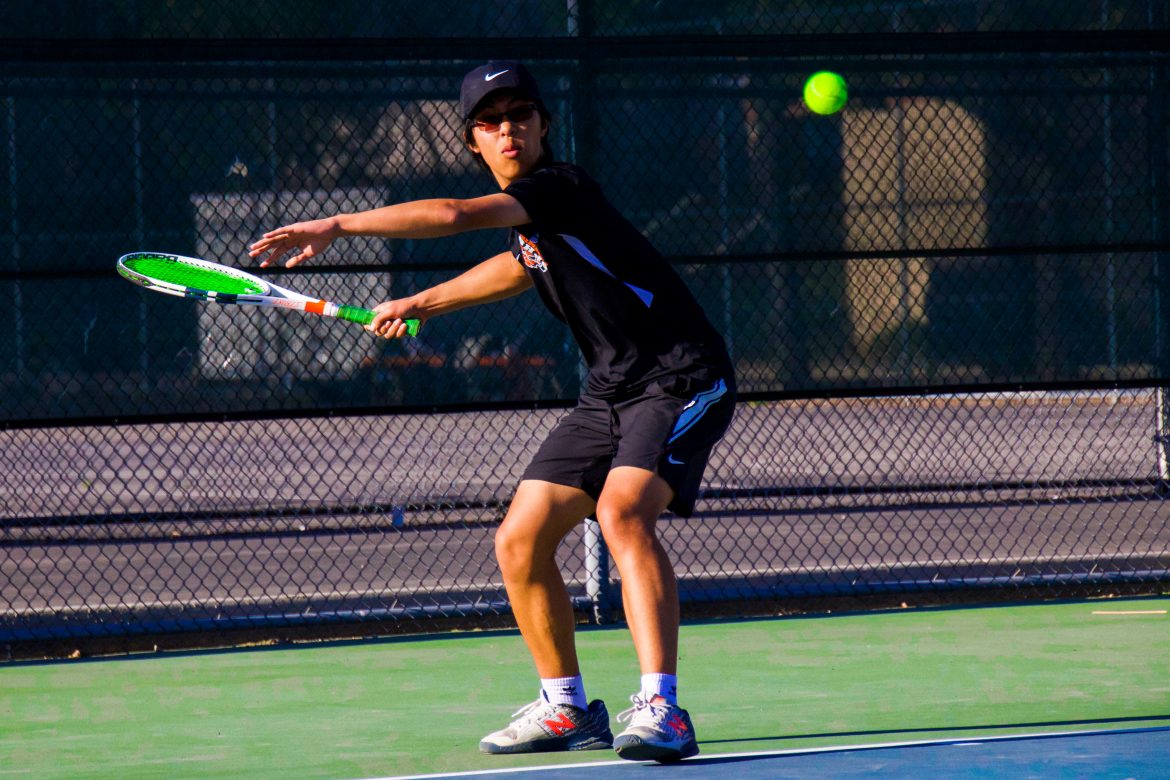 The Tigers move to a 5-2 record with three preseason games remaining.

The boys tennis team bounced back from its last game with a narrow win against the Mark Keppel Aztecs, 10-8, on Thursday, Mar. 5, improving its preseason record to 5-2.

The singles squad pulled off a significant amount of wins, dominating their pool, 7-2. Singles one freshman Finn McMillian and singles two freshman Dylan Cornforth both went undefeated. Against Mark Keppel’s singles two, Cornforth continued to battle after a 7-6 tiebreaker, where he locked down a win 7-2.

The doubles squad did not fare as well, only winning three sets. Doubles three, senior Ayush Pareek and sophomore Leyton Ramos-Platt, went to a tiebreaker after a 7-6 game but faltered, losing 7-5 to the Aztecs’ doubles two.

The Tigers will be back in action against El Monte on Friday, Mar. 6

Boys volleyball stumbles on the road against Camarillo