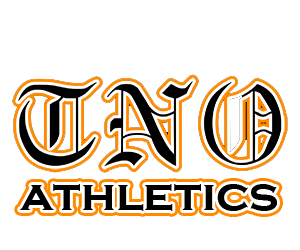 The girls’ soccer team lost 2-0 to the Monrovia Wildcats this Tuesday night, ending their chances at CIF and dropping their league record to 2-6-1. Despite the loss, the Tigers improved from their previous game against the Wildcats, which ended 8-1.

The main difference was the Tiger defenders, who played extremely well and kept the scoring to a minimum.

“Olivia Chu, Amelia DeYoung, and Natalie Hong did a really good job of man-marking their players, so that way Monrovia couldn’t really break through the defense,” freshman defender Reilly Segal said. “Overall, I think the playing was a really big improvement from last game.”

Despite this, Monrovia was able to capitalize on some defensive errors. The first goal was scored by a Monrovia forward who used her ball skills to get past several Tiger defenders before taking a shot. The half continued similarly, mainly dominated by Monrovia. The offense had trouble connecting and creating goal opportunities.

“I think the offense started playing better at the end, but at the beginning we weren’t really connecting passes and communicating,” freshman Isabella Gonzalez said.

Monrovia scored again in the middle of the second half. Forward Alana Elliot dribbled around the Tiger defense and sent a strong shot to the corner of the net, bringing the score to 2-0. The Tigers retaliated soon after with a low shot by senior Jackie Mejia, which was stopped by the Monrovia goalie. South Pas tried again with an extremely close goal opportunity in the last few minutes of the game. Gonzalez and senior Julia Primuth brought the ball up the field, but were stopped by a slide by the Monrovia goalie. The goalie fumbled the ball and fell backwards, leaving an open goal for the two forwards. Unfortunately, the Monrovia defense hustled back and was able to stop the Tigers from scoring. A minute later, the referee blew the whistle to end the game.

The Tigers keep improving, and hope to continue to do so in their last league game against San Marino this Thursday at 3:30 p.m.

“We really would like to beat them, especially because it’s San Marino,” said Segal. “It’s also senior night, so we’d love a win for our seniors.”