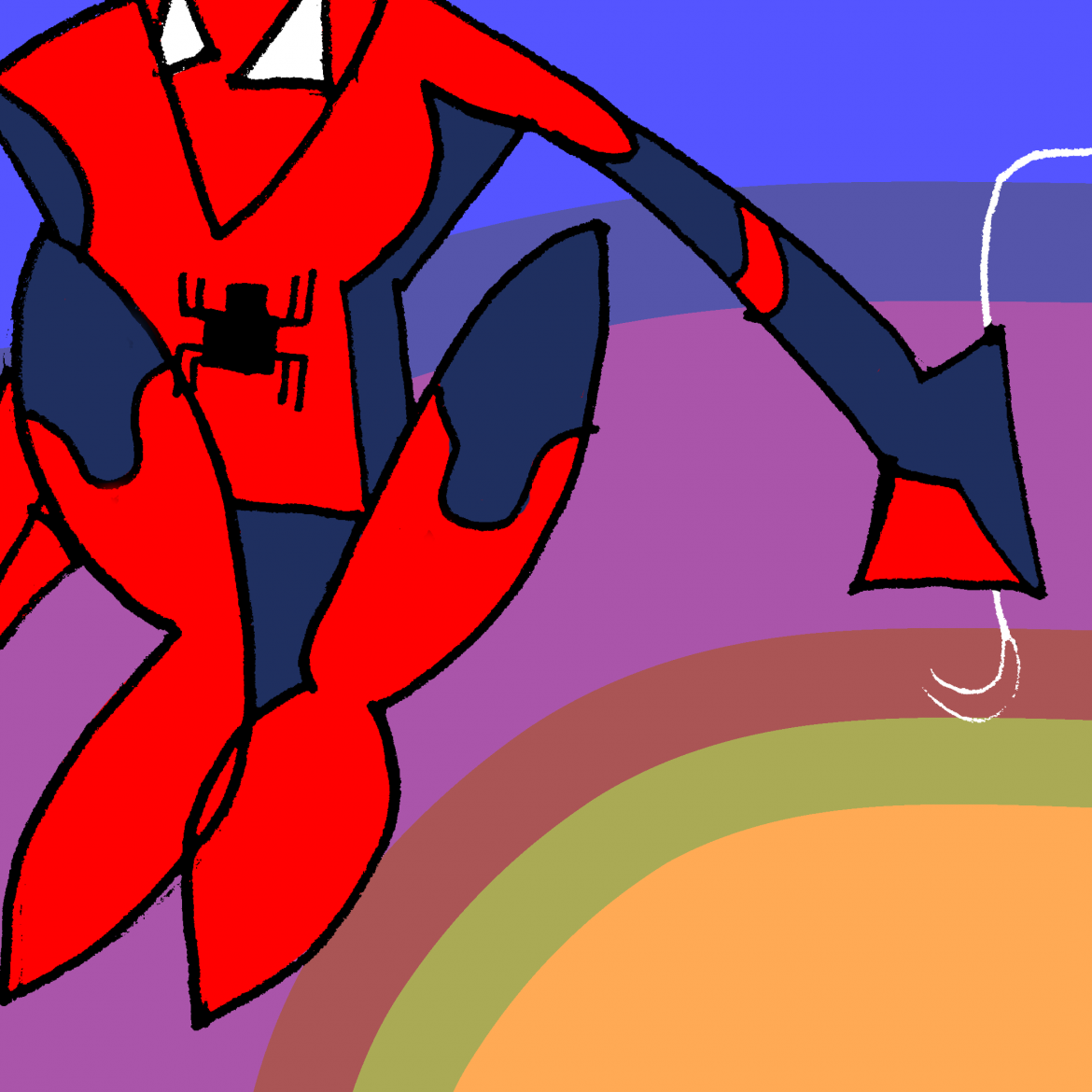 The MCU plays to its strengths in its most recent Spider-Man film, with both eye-catching visual effects and strong character development.

Spider-Man: Far from Home, the third installment of the Spider-Man franchise, has become the first Spider-Man film of all time to surpass one billion dollars in the global box office, and for good reason — with the masterful developments in Peter Parker’s character, an excellent supporting cast, and immersive computer imagery, Far From Home is a remarkable addition to the Spider-Man series.

Hoping for a reprieve from the emotional strain of maintaining a balance between his secret life as Spider-Man, the social pressures of high school, and coming to terms with the loss of his father figure, Tony Stark, Peter Parker (Tom Holland) yearns for a summer vacation free from his superhero responsibilities. He decides to embark on a class trip across Europe with friends — including his crush, the angsty, enticing MJ (Zendaya). However, his hopes are swiftly ruined when Nick Fury (Samuel L. Jackson), a member of S.H.I.E.L.D. (the cloak-and-dagger, above-the-law agency that defends the public from superhuman threats), informs him of havoc wreaking creatures called Elementals. Soon after, he meets the mysterious superhero named Quentin Beck (Jake Gyllenhaal), and together they plan to destroy the Elementals.

Holland shines in Far From Home with a dorky, boyish take on Spider-Man, painting a far truer portrayal of high schoolers than most other Spider-Man films. Unlike his predecessors, Tobey Maguire and Andrew Garfield, Holland also adopts a greater sense of humor when he takes on his superhero persona, leaving behind the stuffy, near patriarchal atmosphere of the other Spider-Man films. The combination goes a long way in balancing Parker’s shy and awkward everyday nature.

Marvel Studios has yet to disappoint with the development and importance of its characters. While fighting the Elementals with Peter, throughout the first half of the film, Beck was able to build and convey a relationship between them. This relationship was a key aspect in the film. As an offset to the dangers in the film, Samuel L. Jackson, with his abrasive personality and disdain for Parker’s fumbling ways lead to many laughable exchanges and much needed comedic intervention. The comedic tone of the film was influenced by a strong supporting cast of Peter’s classmates and teachers, including Peter’s best friend Ned (Jacob Batalon) and Ned’s wildly improbable summer love interest Betty (Angourie Rice), along with Mr. Harrington (J.B. Smoove) and Mr. Dell (Martin Starr) as unprepared teacher chaperones caught in the middle of the action.

Many aspects of this film makes it different from other Spider-Man films. Viewers are guided through incredible scenery in Venice, Berlin, London, and Prague. While riding the gondola across the Venice canals to hiding in the Crown Jewels vault in London, Spider-Man fans are able to enjoy new breathtaking locations. Meanwhile, the computer-generated imagery and camerawork makes all of the dangerous encounters look remarkably believable, making it hard to look away, as Mysterio plays around with reality-distorting illusions. Spider-Man: Far From Home is a powerful addition to the Marvel Cinematic Universe series. It manages to effectively engage the audience, and coupled with vibrant cinematography and breathtaking locations, watching this film is a more than enjoyable experience.