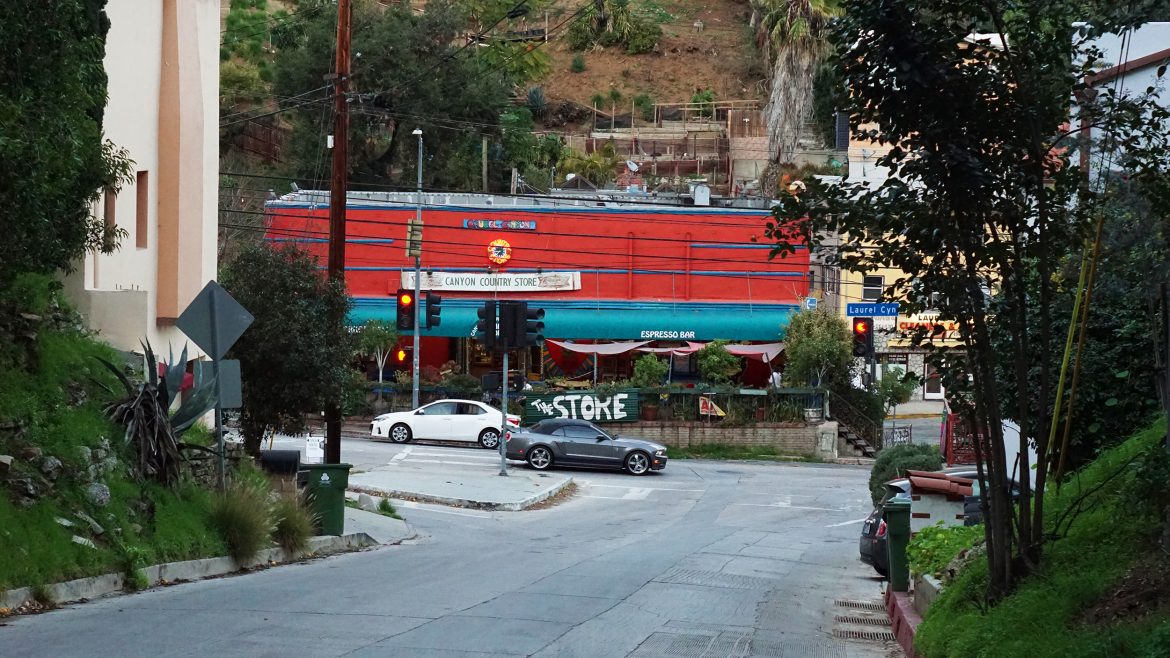 Laurel Canyon's legacy was cemented in the 60s as the home of several top bands and musicians.

Echo in the Canyon is a lauded 2019 documentary from director Andrew Slater and Jacob Dylan (son of folk legend Bob Dylan). Last summer, I went to a screening followed by a question and answer session with Slater and Dylan, which attracted longtime residents of Laurel Canyon. One woman recalled growing up in the canyon and running up and down the steep hilly streets with her sister. Their classmate’s parents were musicians and she vouched for the interviewees; the doors were in fact always open.

Tarantino’s Once Upon a Time in Hollywood was released a few months later. While it wasn’t a documentary, it touched on the same meditation Echo in the Canyon did. Perhaps Eve’s Hollywood, Joan Didion’s star studded dinner parties, and Laurel Canyon’s open doors are no longer evidence of a living, breathing history, but artifacts documenting an era expired. The best way to explore this, as someone born decades after the rockstars, folkies, and ladies of the Canyon left, was to go back and see for myself what Laurel Canyon looks like now.

Our — myself and Sean Jin’s — first stop was the Canyon Country Store. A colorful banner strung across the terracotta orange storefront read “Love. We are Laurel Canyon’’ in groovy hand painted font. We had seen this same design on yard signs and smaller banners planted in front of houses and tacked onto fences on our way in. Turquoise awnings shaded hand-painted picnic tables, and the chalkboard menu on a cash only coffee cart offered Hawat lattes.

The whole store was a glaringly obvious nod to a hippie past, but if one were to strip away the historical frills and old photographs of Jim Morrison and Laurel Canyon paraphernalia hung on the walls, the Country Store would just be another bodega style grocery. Sean asked the cashier what there was to do around here and she said she wasn’t sure.

Luckily, as soon as we crossed the street, we stumbled across another historical landmark: Love Street, Morrison’s old street, immortalized in The Doors’ song of the same name. Rothdell Trail branches off the side of the street. Halfway up the trail, we could see a sliver of the city below us.

We crossed a busy intersection into another hilly neighborhood in search of a clearer view. The streets were a hike but there was shade and the houses were quaint. It wasn’t difficult to imagine the bohemian community of six decades ago, but new development, nice cars, and a quick Google search revealing a median house price of $1.25 million made it clear that this is no longer a stopping place for troubadours and musical free spirits, hippies and nomads.

As the Canyon old timers leave, millenials move in and paint the houses black and white. During our visit, it was apparent that Laurel Canyon is changing. Now, only loud hippie banners and peace sign decorations continue to preserve their history. Without them, the Canyon wouldn’t look much different than any other neighborhood in the Hollywood Hills.

I doubt that Laurel Canyon will return to the days of Joni Mitchell, Buffalo Springfield, or the Mamas and the Papas, but it’s still a beautiful place to reflect.