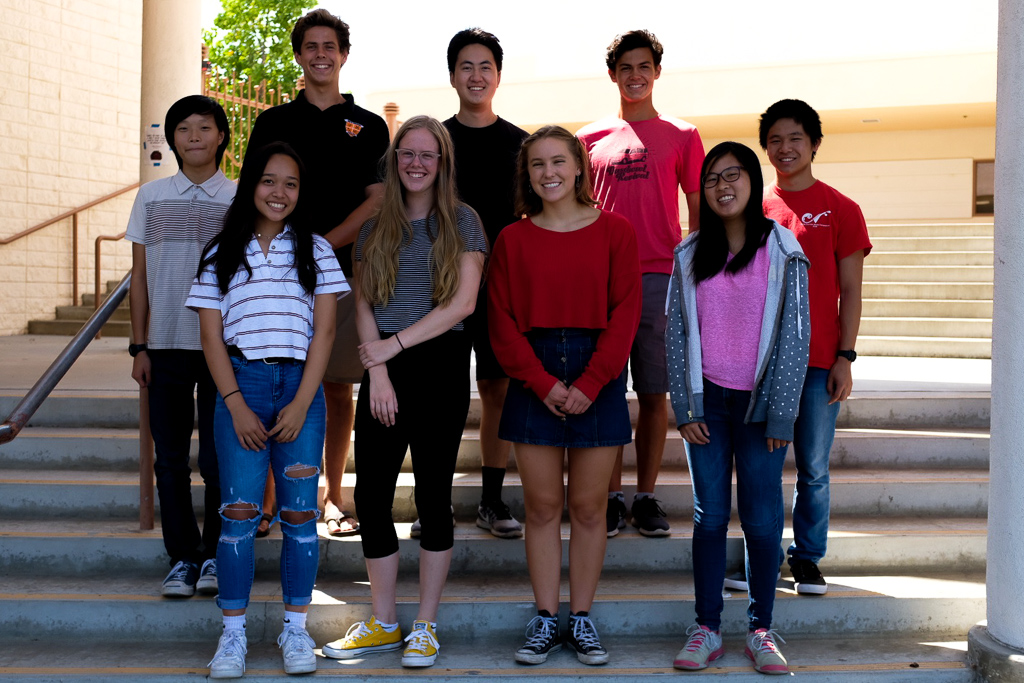 Ten students from South Pasadena High School were announced as semifinalists for the 2020 National Merit Scholarships on Wednesday, Sept. 11, a year after taking the Preliminary Scholastic Aptitude Test/National Merit Scholarship Qualifying Test (PSAT/NMSQT). The students joined 16,000 other seniors across the country, all of whom earned the highest scores among their peers in California and qualified for the highly prestigious academic scholarships.

The journey started with 1.55 million juniors taking the PSAT in October 2018. Students in California are particularly competitive, as the state boasts one of the highest qualifying scores in the nation. The National Merit Scholarship Corporation takes all of the exams and places more weight on the English section by doubling its score. They then set a cut off for the 1.25 percent of students who become semifinalists, which numbered to be 222 in California this past year. Students that are within the next three percent achieve the rank of a commended scholar.

“[Earning this award] opens up a whole pool of private universities and colleges which I could not apply to without it,” senior Sarah Zenas said. “I’m interested in studying neuroscience and cognitive psychology, so any finalist status will help me get there.”

“I think it’s refreshing because so many times they are judging personalities but with the national merit, they’re judging statistics and numbers which is very straightforward,” Clark said. “I am very glad that there is a scholarship that I can apply for that is merit-based and not fitting into some personality.”

Several students, like senior Jessica Deng, took the SAT before the PSAT, conveniently practicing for both at the same time.

“I took a lot of practice tests to prepare for the SAT, which then carried over to the PSAT,” Deng said. “But honestly, I’d say don’t stress about it because a test score doesn’t really define you, and most colleges look at a lot of other stuff.”

Ninety-three percent of the semifinalists will advance as finalists by writing an essay and submitting a counselor recommendation. Then, 7,500 finalists will win a $2500 scholarship from corporate or college sponsors who review the student lists compiled by the National Merit Scholarship Corporation.

The finalist and scholarship winners will be declared this coming April.

The Donut Man remains true to a...