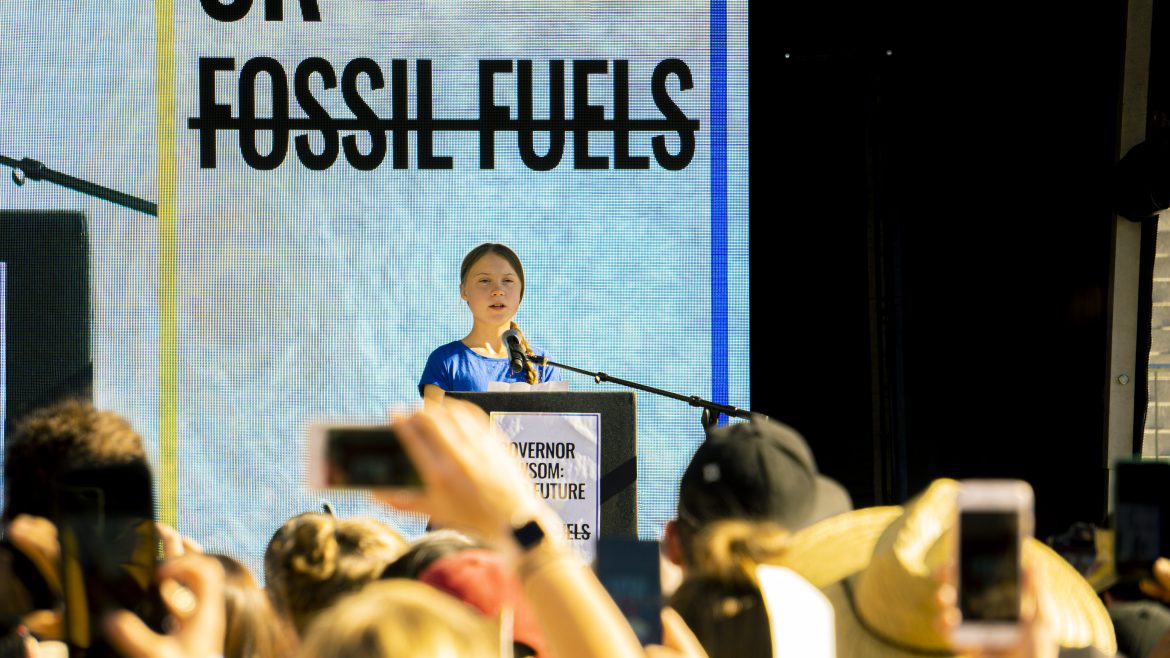 Students rallied against climate change during the “Youth Climate Strike” in downtown Los Angeles on Friday, Nov. 1, echoing the sentiments of the “Global Climate Strike” that took place approximately a month prior. The strike, organized by Fridays for Future and the Youth Climate Strike Los Angeles, is one of the responses to the perceived failures of the U.N. Climate Summit in September to address change.

Marchers took to downtown Los Angeles’ streets to voice their concerns over climate change, demanding the phasing out of fossil fuel production in the state as they made their way to Governor Gavin Newsom’s office from the West Steps of LA City Hall.

Participants also denounced California’s participation in active oil wells and oil extraction sites, highlighting the hazardous potential of the substance to both humans and the environment. Although California takes the lead in maintaining a “green reputation,” the state remains as one of the largest oil producers in the United States.

Youth climate activist Greta Thunberg made a special appearance at the rally while on her American tour for climate reform. Thunberg spoke to the crowd, noting her sorrow and concern of the California wildfires.

Recognized singer-songwriter Billie Eilish also performed at the event. Eilish has previously championed against climate change and sparked environmental activism with her platform.

SPHS students have been advocating for climate reform throughout the year, organizing a climate strike on South Pasadena’s streets in September. Groups such as SP Saves Mama hope to bring more environmentally conscious policies to South Pasadena, including the banning of single-use plastic straws in fast food restaurants.

Fridays for Future will host a series of climate strikes across the globe on Sunday, Nov. 29.