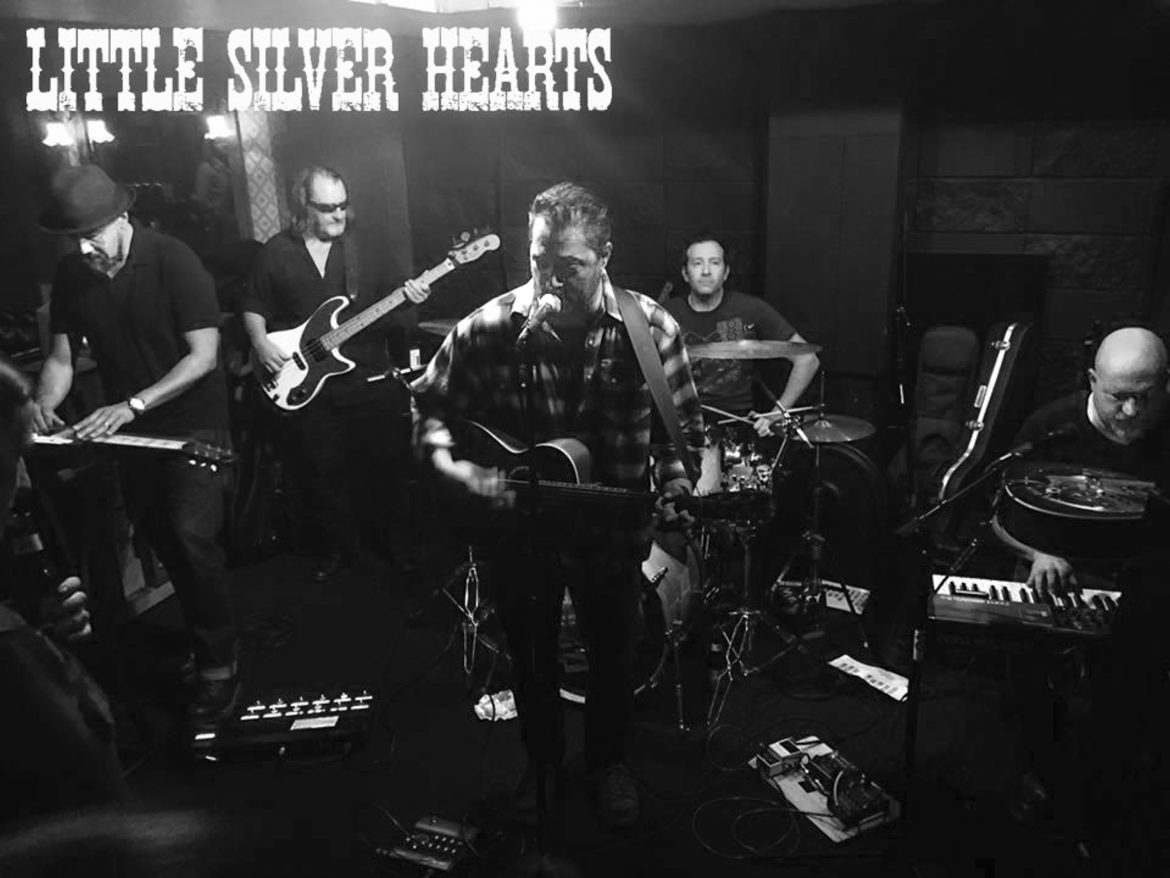 Unified as parents, Little Silver Hearts has evolved from a garageband into a major feature of the local underground rock community.

South Pasadena is commonly regarded as the typical American suburb with its quaint aesthetic and populace of kid-raising, dog-loving families. However, on Friday nights, the small town’s quiet culture is transformed by its underground community of rock. Little Silver Hearts prides itself on being one of the many Americana rock bands in South Pas. Comprised of members of Dads Uniting Dads in Education and Service (D.U.D.E.S) and “country refugees” from the roads of Iowa, the six-player band has attracted families and fans of soulful rock.

Little Silver Heart’s origin was a simple beginning. Before record labels and venues, the ensemble formed at the house of guitarist, vocalist, and songwriter Sean Lowenthal. Eventually, the group realized that the casual covers and new songs they played had the potential to be something more than a hobby in a garage. Lowenthal formed Little Silver Hearts, titling the band after his favorite song from his idol band- Lucero. Fusing the contrasting styles of six musicians initially proved challenging, but time and practice eventually led to harmony.

“[With six players] we make sure to listen intently to what the other players are doing to be sure everyone has space in the arrangement,” the band’s keyboard player Edward Donnelly said. “This took a little bit of work at first but after dozens and dozens of shows it has become second nature.”

Although they mainly play South Pas gigs, such as the Griffins of Kinsale, they are unafraid of venturing into the streets of the greater Los Angeles area. The band often jumps around multiple locations, but recently began playing at the Escondite Bar in Los Angeles on Friday nights. With three albums and an online merchandise shop, the Little Silver Hearts have found success with their audiences. Nevertheless, the players hold the most love in their priority role as dads. The common love of parenthood, however, has added to the group’s bond and coordination when playing.

“Parenthood develops a deep sense of empathy and patience for the feelings of others,” Donnelly said. “Being able to bring an emotional understanding of what is being expressed through the music and lyrics makes you a much more deeply expressive performer. Everyone in the band shares that ability to support the emotional message conveyed by the song as well supporting what the other players are doing.”