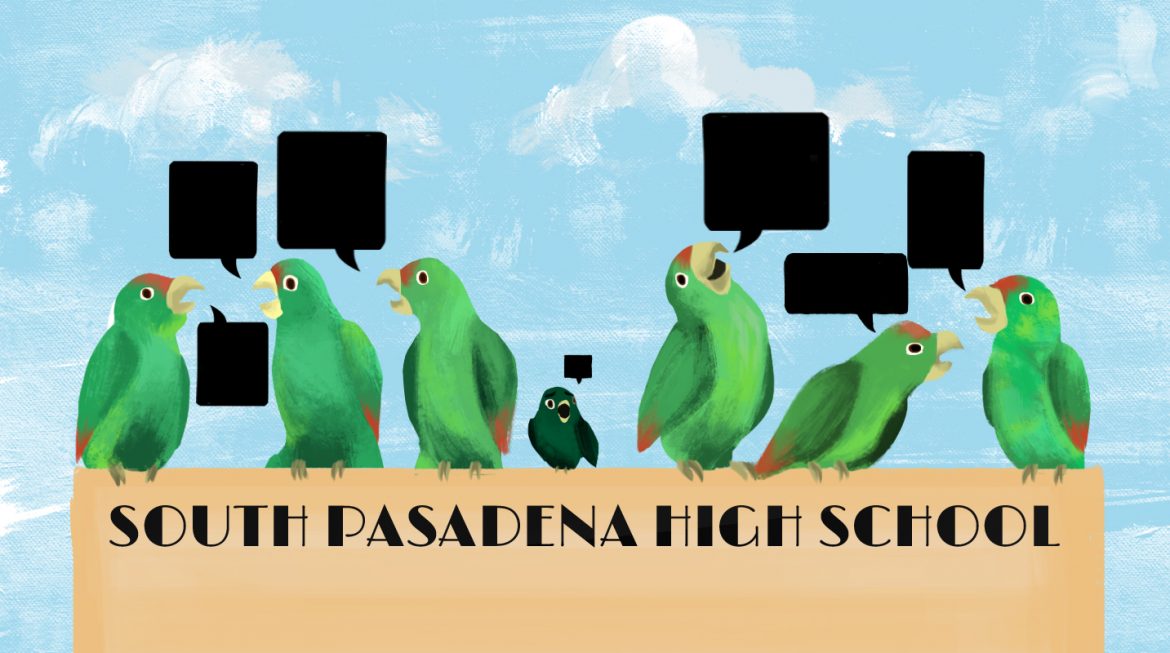 We cannot ignore race in South Pasadena. To many of us, the discussion surrounding race has become redundant, especially in our ‘perfect’ community of tolerance. In fact, our community is quick to flaunt an unspoken badge of so-called ‘colorblindness,’ as if our pocket of society lives post-racially. South Pasadena is known for its ‘wokeness’. Yet our most grave blunder as a community is to misinterpret our (unexceptional) open-mindedness as a surrogate for the lack of student diversity we have on campus.

Perusing through the student demographics at our school, it’s clear there exist some imbalances. According to the 2017 usnews.com census, the current SPHS student body is 41% Asian, 29% White, 24% Hispanic, and 2% Black. It is easy to pinpoint SPHS as an anomaly especially when examining even poorer diversity in surrounding schools such as San Marino and La Cañada. Relatively we might be diverse, but objectively we are not.

Then again, there’s validity in admiring our community as a whole. Most members of SPHS have respected and even advocated for the existence of people from all walks and creeds of life. But therein lies the Achilles’ heel of our community. We keep letting ourselves believe that we have somehow achieved maximum ‘wokeness’ in regards to race. We spend so much time patting ourselves on the back that we fail to question what we are preaching. There is no saturation point for our awareness of race; there is no peak level of tolerance.

From this phenomena emerges yet another unfortunate symptom within a liberal community: forgetting that we are all racist. Of course, this manifests within each of us differently, but it still persists nonetheless. Nobody can claim that race and its stereotypes have never affected how we have perceived and interacted with people. Shatter the idea that racists are ‘other’— racism is not foreign to us and continues to be a universal language of humanity. We must grapple with this truth and let it shape our actions going forward.

Lack of student diversity comes into play when we detach ourselves from racism. Our school serves as a place where subtle racism can go about unabated without the affected populations to shut it down, providing a place where conversations surrounding the n-word are held in English classrooms without a black perspective operating as if there is discussion to be had; where nasty race stereotypes surface under the pretense of foreign language education; where the school newspaper can almost entirely leave out black, brown, Muslim, and trans voices in a time when those are the bodies who are most attacked.

Ultimately, there is nothing we can do to change our student diversity. There is no progress in feeling shameful because that in itself is a self-serving act. But, in acknowledging how removed we are from true diversity, it should only fuel us to put in further effort. Cut the complacency— our student body must actively include voices that are too often silenced.

Politics should have a place in the...