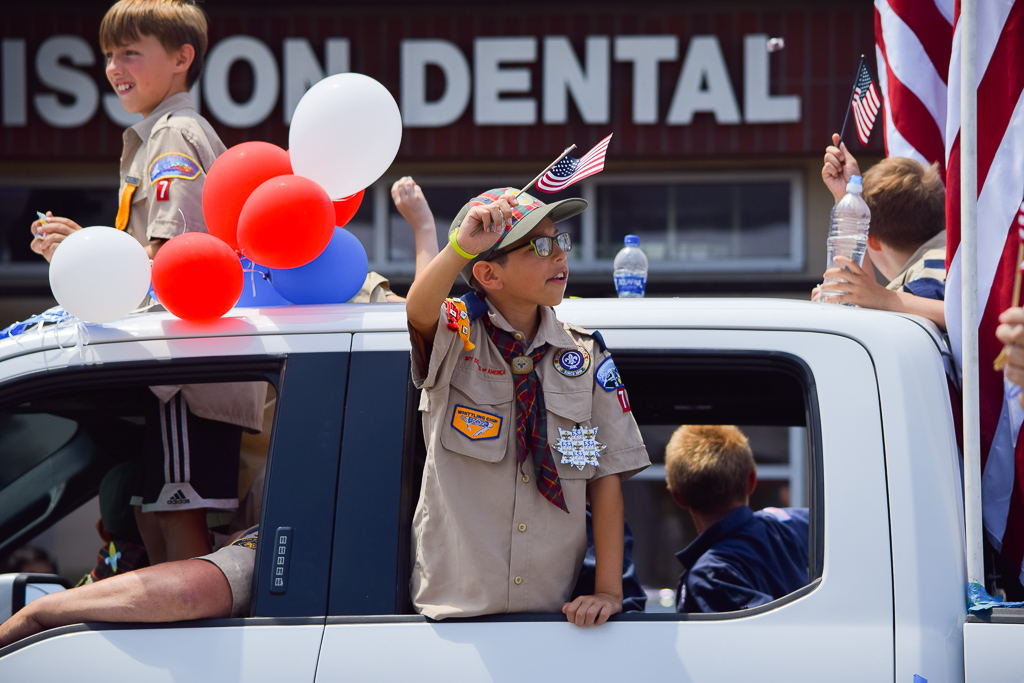 The South Pasadena community celebrated the 38th annual Festival of Balloons, Thursday, July 4th, transforming the city with a full day schedule of festivities in observance of Independence Day. This year’s theme was “To the Moon and Beyond – 50 Years of Exploring America’s Freedom,” commemorating the 50th anniversary of the moon landing.

The Kiwanis Club started the day’s events, welcoming people into the South Pasadena Fire Station at 7:00 am, serving coffee, sausages, and pancakes before the festival’s opening ceremony at the South Pasadena Library Community Room. The ceremony included Boy Scout Troop 139, who performed the Opening Flag tradition, and the Minutemen Band who played the national anthem. Mayor Marina Khubesrian and Grand-Marshals Jessica Samuels and Mark Swain spoke at the ceremony. Swain, a representative from the Jet Propulsion Laboratory (JPL), spoke on his appreciation for South Pasadena and this year’s theme.

“My family and I have moved to South Pas three times in the last twenty years, and it’s because we think this is an absolutely fabulous community, and we’re really pleased to be part of it,” Swain recalls. “So it’s super special for me to be here with you today, helping celebrate our nation’s independence and the 50th anniversary of the Apollo 11 landings on the moon.” 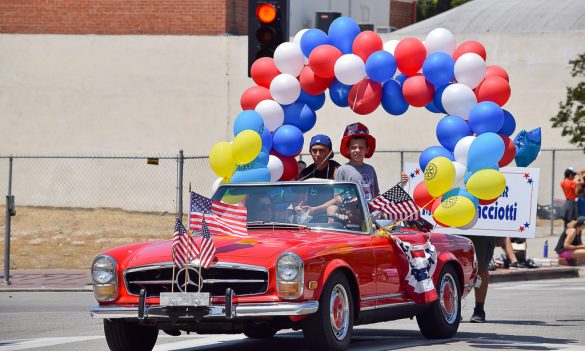 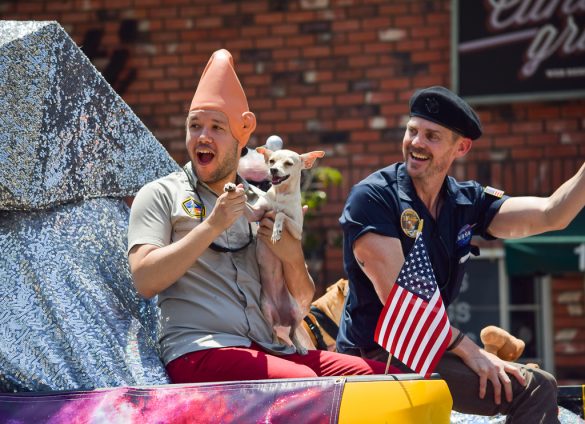 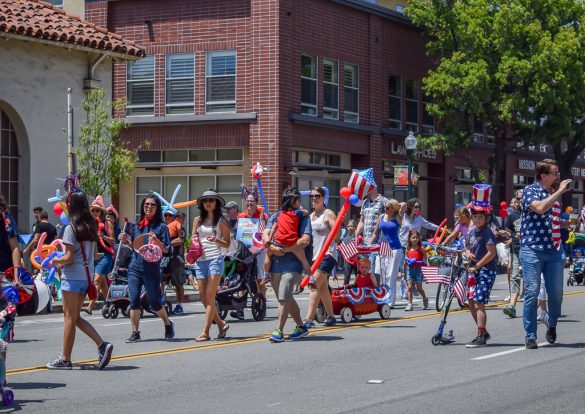 Marchers made their last touches to their cars or floats on Diamond Avenue before beginning the parade. The nearly 60 entry lineup featured prominent community organizations clad in red, white, and blue, including D.U.D.E.S (Dads Uniting Dads in Education and Service). City council members drove in antique cars, while the Arroyo Seco Stables rode through the street by horse.

Noteworthy entries with their own twist on the theme included the Stratford Wives, who dressed in space suits and matching 60s hairstyles, foreshadowing their win for the Theme Award. Cub Scout Pack 139’s rendition of a “Mars” Rover would also grab a win later for the Motorized Entry category.

The parade took its participants down Mission Street, blocking busy thoroughfares like Fair Oaks and Fremont in anticipation. Attendees set up chairs and tents along the street to view the parade lineup. The procession dismounted into a celebration of games and food at Garfield Park, marking the end of the parade route.

The final event on the itinerary was the annual fireworks show at SPHS, where prime viewing spots were opened up to the public on the Roosevelt Field and in the stadium. Local South Pasadena band, Little Silver Hearts, performed before the announcement of parade entry winners and fireworks display.

Festival of Balloons Committee Vice Chair, Jim Anderson, reflected on the committee’s year of planning and preparation for the day’s events.

“All we do is provide the idea, and then [our volunteers] pick up the mantle and go with it,” the Festival’s Committee Vice Chair, Jim Anderson, said. “It’s basically the whole community coming together.”