Softball grounds out to Monrovia in 15-4 loss 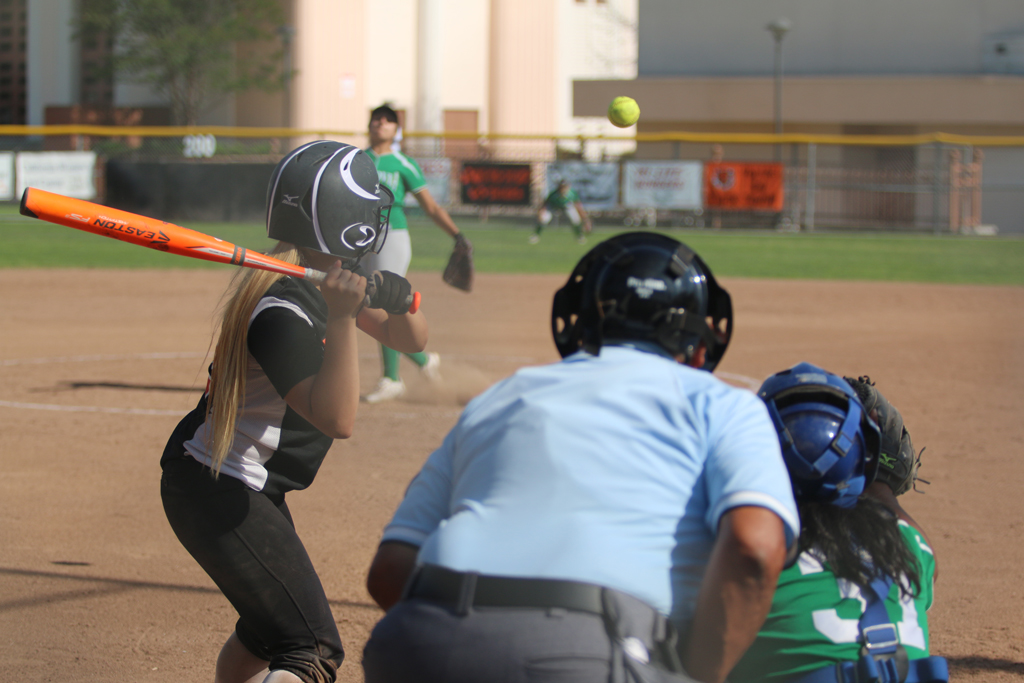 The South Pasadena softball team fell to Monrovia in a 15-4 loss at home on Tuesday, April 14. The loss put Monrovia ahead 2-0 in the season series after a win earlier in the season on March 20, leaving the Tigers 1-4 in league and 5-5 overall.

Monrovia struck early with a lone run in the top of the second inning, but the Tigers answered back as junior Alex Mendez ripped the ball over second base for an RBI double and sophomore Katherine Conte grounded one past the third baseman for an RBI single. This gave South Pas a 3-1 lead, its first lead of day but also its last. In the top of the third, the Wildcats gained momentum off a two-run home run later leading to errors that would cost the Tigers three runs. Sophomore Adrianna Ramirez hit a single past second base and scored one run in the bottom of third to keep the Tigers in the game.

Monrovia dominated for the rest of the game both offensively and defensively. The Wildcats launched two more home runs in the top of the fourth and fifth innings, while the Tigers failed to create any threat to the opposition throughout the rest of the game, which was ended 15-4 after five innings.

“The last two home runs took the wind out of our sails,” junior Sheridan Nansen said. “They know how to hit it in the gaps so there was nothing we could really do to stop those.”

The Tigers will make an effort to win at least one game of its three-game series at Monrovia on Friday, April 17.