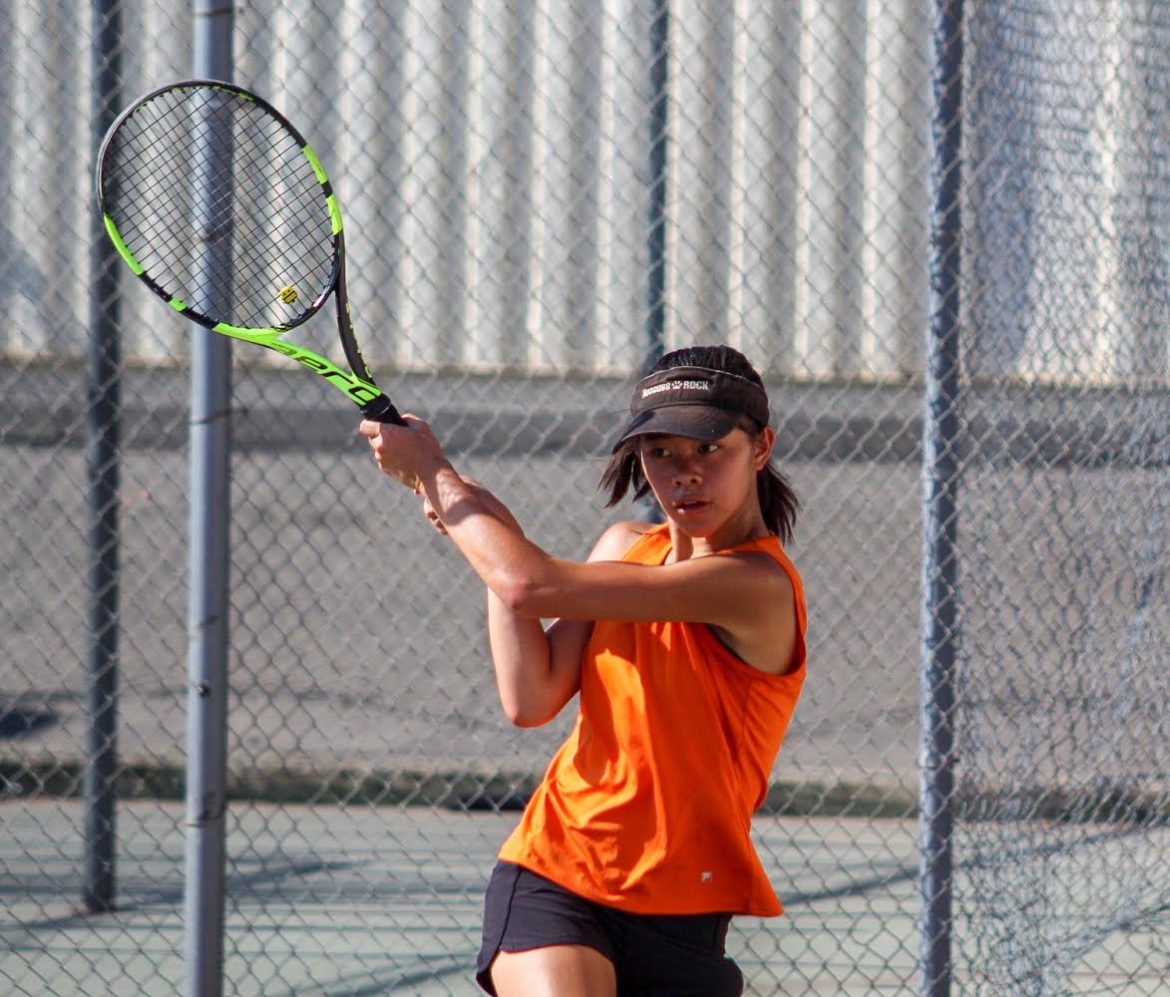 Experience doubles player, senior Teryn Kum, is a four year varsity member and alongside junior Skylar Cornforth, will be expected to earn points each match for the Tigers.

With the new school year rapidly approaching, girls’ tennis is gearing up for a winning season. The Tigers made a deep CIF run last year, but ultimately fell to Huntington Beach in the third round. After finishing off with a 13-6 overall record and placing third in the Rio Hondo League, the team is looking to build on its recent success.

The team will look drastically different this season, with a new coach and star players Shannon Huang and Rachel Park now graduated. The fifth head coach in as many years, Krista Gale will lead a balanced and deep roster.

“We have a wide variety of talent and use that to our advantage while playing different opponents. We all are very supportive of one another, which makes our team strong. I think having a good strategy gives us a better chance of winning than having standout individual players,” senior Teryn Kum said.

Known for her persistence and being fast on her feet, singles one, junior Carissa Park will return for her third varsity year. The Tigers will rely heavily on Park and projected singles two, junior Olivia Reed, to garner wins. Last year’s doubles team one, Kum and junior Skylar Cornforth, are also back, bringing their experience and strong team chemistry with them.

The Tigers will face their first opponent, Alhambra, on Tuesday, Aug. 27. Not having much difficulty with the Moors in the past, the team believes this is an opportunity to experiment with different lineups in the preseason.