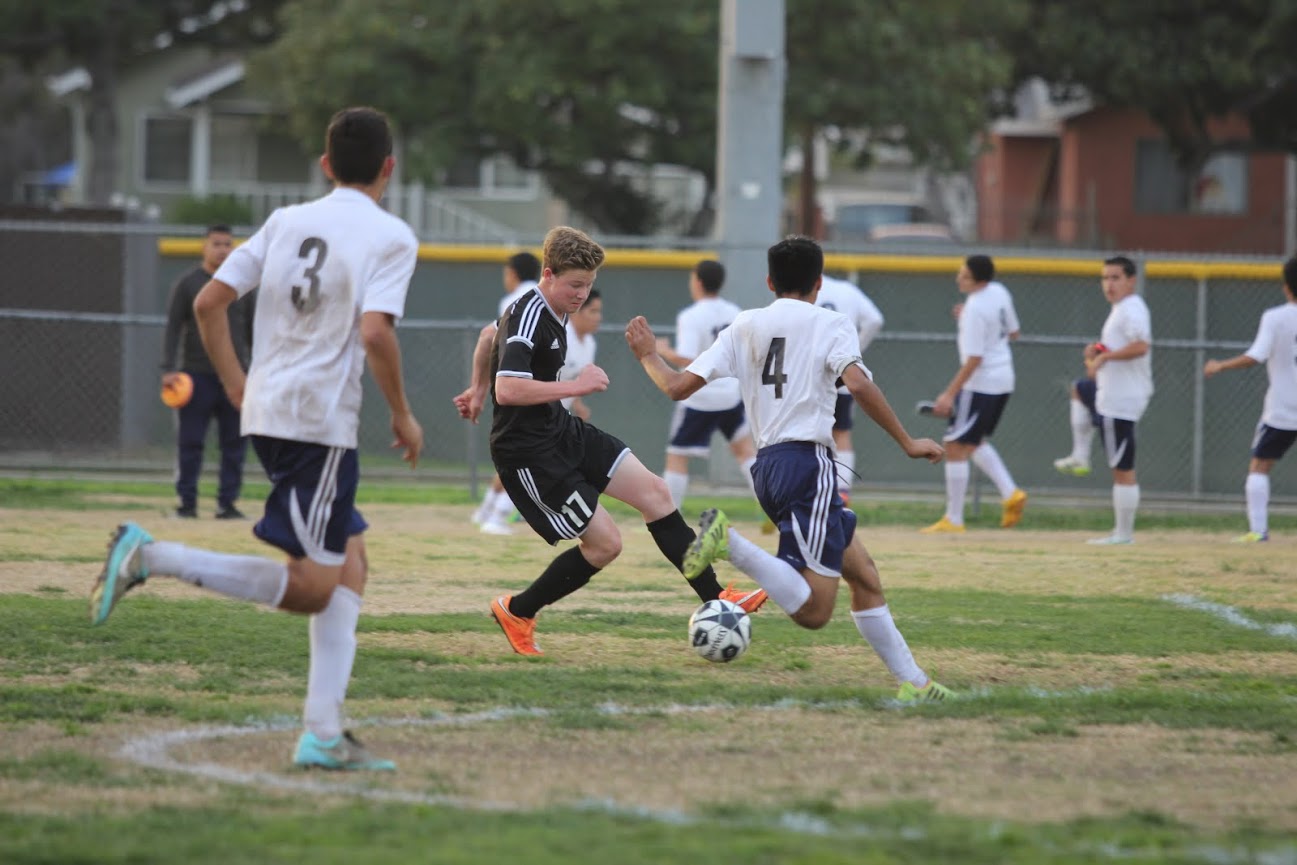 Varsity boys’ soccer gave it their all on Thursday for their last non- conference game against the Alhambra Moors. Playing with a high level of intensity throughout the entirety of the game, the Tigers left Alhambra with a 0-0 tie. The their record now stands at 3-2-2.

The beginning of the first half set the tone for a game full of missed opportunities. The Tigers dominated in possession, controlling and passing the ball better than in recent games. Seniors Ramon Gutierrez and Kevin Yonami broke through the defense when Gutierrez received a through ball from Yonami. Gutierrez set up in front of the goal and tried to chip the ball in, but the goalie kept the score even. Later on in the half, both seniors Jordan Jackmon and Gutierrez were awarded free kicks. Jackmon curved it around the wall, but the goalie was there to stop the shot. Gutierrez took a powerful strike from 20 yards out and missed over the top post of the goal. At the end of the half, the game remained scoreless.

“We dominated [the Moors] the whole game, but we just couldn’t finish,” junior striker James Tulin said. “All of our forwards had minor injuries so that made it difficult to take advantage of the opportunities at hand.”

As the second half started, the possession went back and forth until Yonami broke away. He paced himself, took a shot with his left foot, and kicked it wide of the goal. Tulin found himself with a couple of opportunities to score but could not put it in the back of the net. It was then that senior captain Patrick Nelson received the ball in the box and was one on one with the goalie. He quickly took a shot to avoid the goalie, but missed a little wide. The Tigers maintained possession throughout the second half, but could not seem to capitalize on the open looks. At the end of regulation the score stood at 0-0.

“The last couple of games have been difficult. We’ve made minor mistakes that have led to goals, and we haven’t shared the ball all that well,” junior midfielder Animesh Mangu said. “In our most recent game we played well, but we did everything but put the ball in the net. We gotta keep working and improving – that’s what preseason is for!”

Time is winding down for the Tigers with league season starts next week on Wednesday at Blair High School.