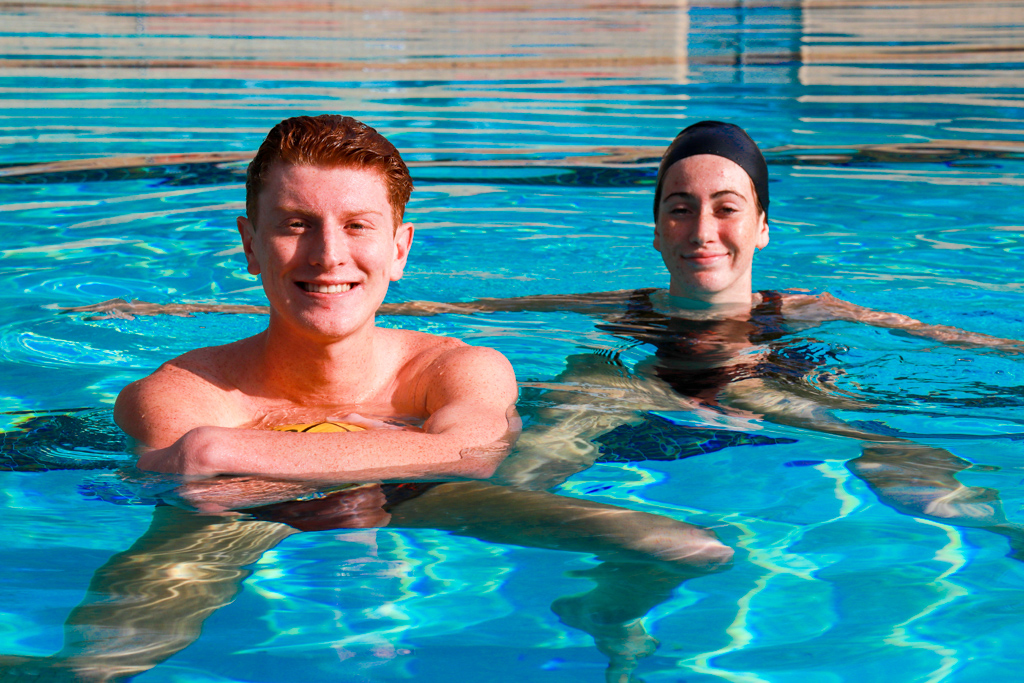 While they both share a natural feel for water polo, junior Liam and freshman Grace Markus are polar opposites outside of the pool.

Being of Croatian and Hungarian descent, Liam and Grace grew up as diehard water polo fans and witnessed the two countries dominate the sport. Inspired by the exciting water polo games, the siblings began playing at early ages.

The junior and freshman sibling duo have both enjoyed water polo success at every level, culminating in star status at SPHS. In his freshman year, Liam earned a starting varsity spot as goalkeeper and helped lead the boys team to a Division IV CIF semifinal finish. A top 10 goalkeeper in the nation in his class, Liam has caught the attention of top universities such as UCLA, Harvard, and Brown.

“Liam plays with great poise,” water polo coach Michael Gonzales said. “He’s never too amped up, and knows how to play in the tightest situations.”

This year, Grace followed suit and has shone as one of the girls varsity team’s top players. Grace scored 17 goals in eight league games, while providing stingy defense for the Tigers.

“Grace is very imposing with her combination of length, strength, and speed,” Gonzales said. “She has a natural tenacity in how she approaches the game.”

Despite the skills they share in the pool, Grace and Liam couldn’t be more different. Liam is dedicated. His “work hard, play harder” mentality allows him to accomplish anything he sets his mind on. Meanwhile, Grace is easygoing and independent. Her free spirit and vibrant personality are contagious, helping her easily connect and build trust with everyone around her.

Liam’s drive has paid off in everything he does, from earning his black belt in taekwondo at age nine to his water polo successes. Now, he sets his eyes on becoming a trauma surgeon and has already begun studying for the MCAT.

On the other hand, Grace hopes to enter a creative field. Markus has modeled and acted for just as long as she’s played water polo and participated in multiple musical theatre productions through the Upstage Theatre School and SPEF.

Although the siblings are set on different paths, their love for water polo will always bind Liam and Grace Markus together.

“We support one another academically and athletically,” Liam said. “And we push each other to play better.”