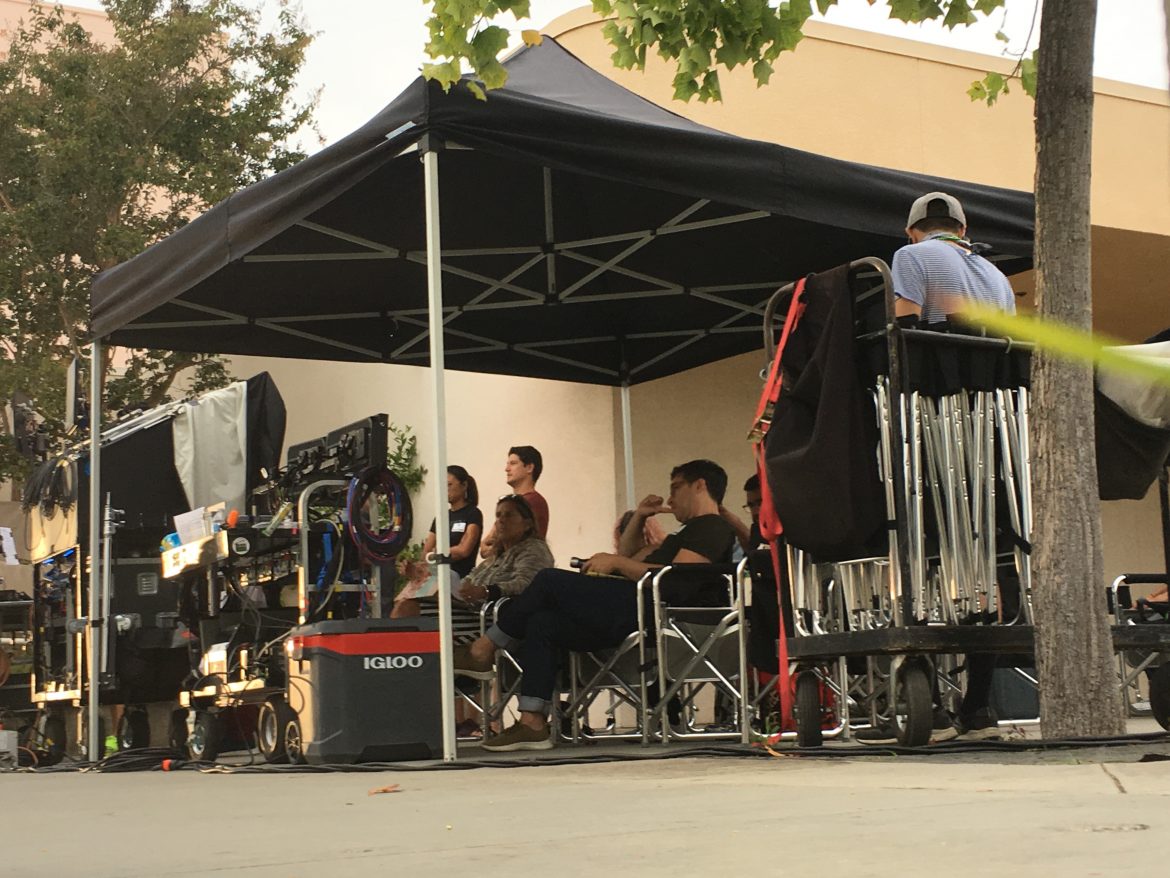 Camera crews and cast filmed at multiple locations, including the quad between the counseling center and 500 building.

Production crews began filming at SPHS on Sept. 24, 25, and 26, using the campus as a set for a new HBO Max series. Camera crews brought rigs, props, and extras onto campus for the filming of “Generation,” a 30 minute pilot that will air on HBO’ new streaming service in 2020.

The pilot series, produced by Emmy-nominated actress Lena Dunham, will follow modern high school students as they struggle to explore their sexuality at an Orange County high school influenced by conservative ideals. The show will feature multiple locations on the SPHS campus, including the sections of the office, outdoor quad, and Fremont entrance.

Club posters put up by the film crews covered the buildings of campus during filming. Nearly 250 hired extras dressed as high schoolers partook in the filming process as well.

The production crew repainted three offices and added a mural of a tiger mascot to the backside of the auditorium. The faculty enjoyed the new changes to the offices and the mural so much that they decided to keep it after filming is finished.

Many students moved out into different areas during filming, as rigs and sets took up spaces in the lawn and quad.

“The film crew had moved their equipment into the area that held our lunch tables and subsequently moved our tables and lunch spot into the sun,” freshman Isabelle Whetsel said. “Many of us ate at the tables in the sun and some even sat underneath it for some respite from the heat and the hot sun.”

“When the production company gave us their needs, it was worked out in a way that students would be very minimally affected by the filming,” Anderson said. “I read the script for the parts of the show that would be filmed here. There was nothing objectionable, so we proceeded with the plans… I found the crew very respectful and low-key.”

The episode will air Aug. 19, 2020, as a frontrunner in Warner-Media’s subscription service, HBO Max.