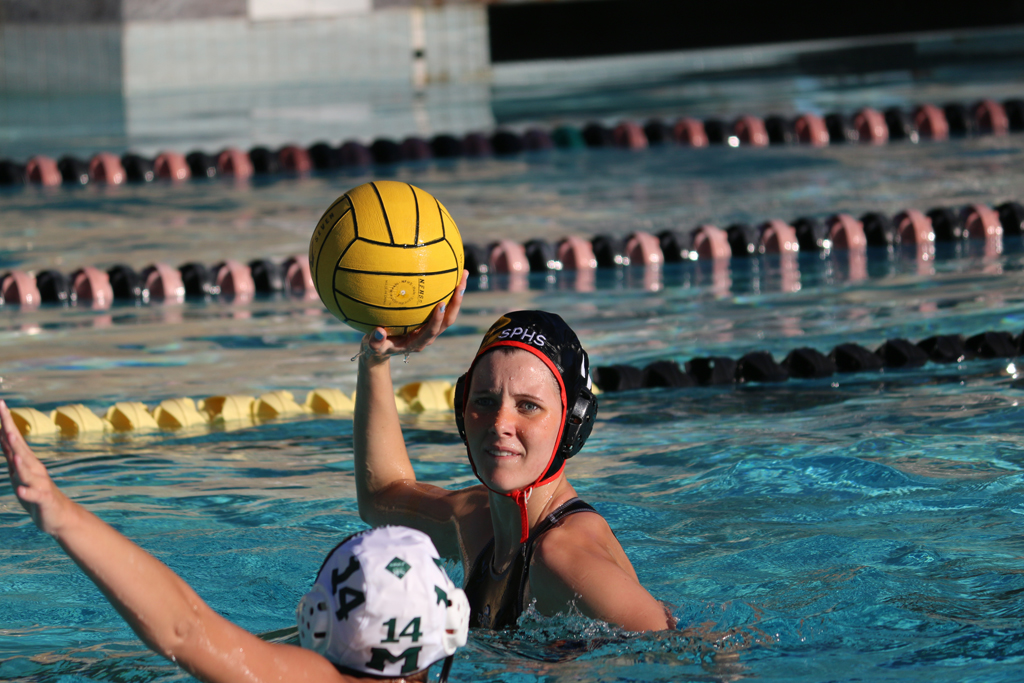 Freshman Hayden Carlson was the sole scorer for the Tigers in girls’ water polo’s 5-3 loss against the Monrovia Wildcats at the Tiger pool on Tuesday afternoon.

Senior Clarque De Young started the game in the goal, racking up three saves. Monrovia shot one in the first quarter and the Tigers failed to fire back, leaving South Pas down 1-0 at the end of the period.

Carlson started the second period powering one in just out of the Monrovia goalkeeper’s reach, but the Wildcats quickly countered, firing in two. De Young made three more saves, closing the half with the Tigers down 3-1.

Monrovia opened the second half with a shot barely missed by De Young, who remained calm and managed two more saves before Carlson shot in another to finish the quarter. Monrovia remained ahead 4-2.

The Tigers hoped for a comeback in the final period, Carlson firing and bringing the score to 4-3. However, Monrovia retaliated in the final moments, giving them the 5-3 victory as the game drew to a close.

The Tigers take on rival San Marino at the Titan pool on Thursday.