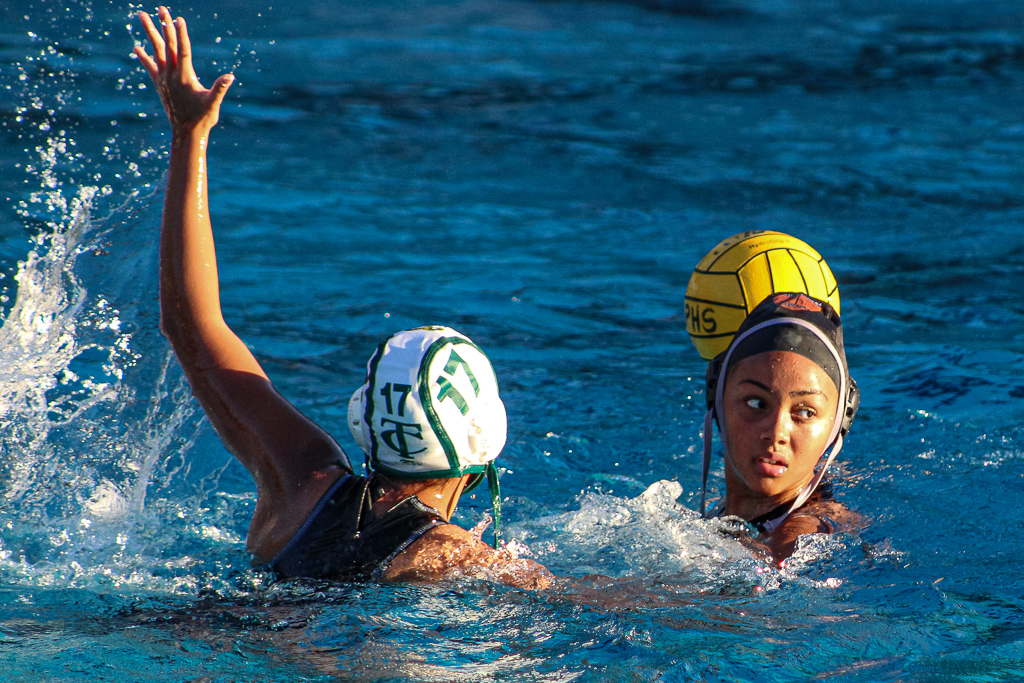 After their first league win, the Tigers regressed and suffered another defeat against the Rams.

Girls water polo lost, 8-5, in its home pool to the Temple City Rams on Thursday, Jan. 23. This game places the Tigers at a 1-4 record in the Rio Hondo League.

Against Temple City, the team was unable to continue its momentum after a motivational victory at San Marino. The Rams showcased a strong defense with their goalie, who consistently caught many of South Pas’ shot attempts, while the Tigers struggled to outplay their opponents with their weak offense attacks.

Despite the Tigers obtaining early possession of the ball, the Rams immediately stole a pass and scored within 12 seconds. Since the Rams quickly recognized the Tigers’ lack of defensive aggression, they took advantage of the South Pas half and successfully converted many scoring opportunities.

After four minutes, the Tigers finally regained possession of the ball. While Temple City assumed that sophomore Lauren Calderon would pass the ball, she caught them off guard and thrusted a strategic shot into the corner of the post.

However, Calderon’s attempts were not enough to boost South Pas’ confidence. The Tigers displayed a lack of energy, dawdling behind the Rams, and constantly left junior Gloria Gray alone to defend the cage. Undaunted by this fact, Gray showed her determination to hinder Temple City’s success and repeatedly launched herself out of the water to capture the shots.

With Gray’s visible efforts to delay the Rams, Temple City led the game by only two points ahead of South Pas, concluding first quarter 3-1.

The Tigers showed improvement in the second quarter, but found no success in scoring. Although each individual tried to shoot from different angles of the pool, the team continuously shot the ball at the crossbar or into the goalies’ hands. With no progress in their offense, the Tigers mainly focused on aiding Gray in defending the team.

Block after block, Temple City showed much frustration from Gray’s prowess. From skip shots to lobs, their attempts were continuously shot down. With the Rams’ scoring streak delayed, the first half ended with them securing one point.

In the second half, South Pas displayed slightly more assertion in their offense. Junior Amanda Kanaly directed the team with strategic passing and struck the ball into the right corner of the cage.

However, after her goal, the Tigers’ defense line faltered. Temple City seized this moment to acquire three more goals, finishing third quarter with 7-2 in their favor.

In the final quarter, the Tigers played with high spirits as they sparked multiple turnovers with countless steals and blocks. South Pas started off with an early score; after swinging the ball from one person to another, junior Piper Fleming caught the ball and rapidly struck the ball past the goalie.

After another Fleming’s attempt, the ball hit the crossbar and landed in front of Kucera, who acted in no time to score a rebound shot. Just a few seconds after this goal, sophomore Grace Markus added another point of the score.

Despite this late comeback attempt, Temple City remained in the lead and concluded the game with a score of 8-5.

The Tigers will continue their league season at home with a second matchup against La Cañada on Tuesday, Jan. 28.