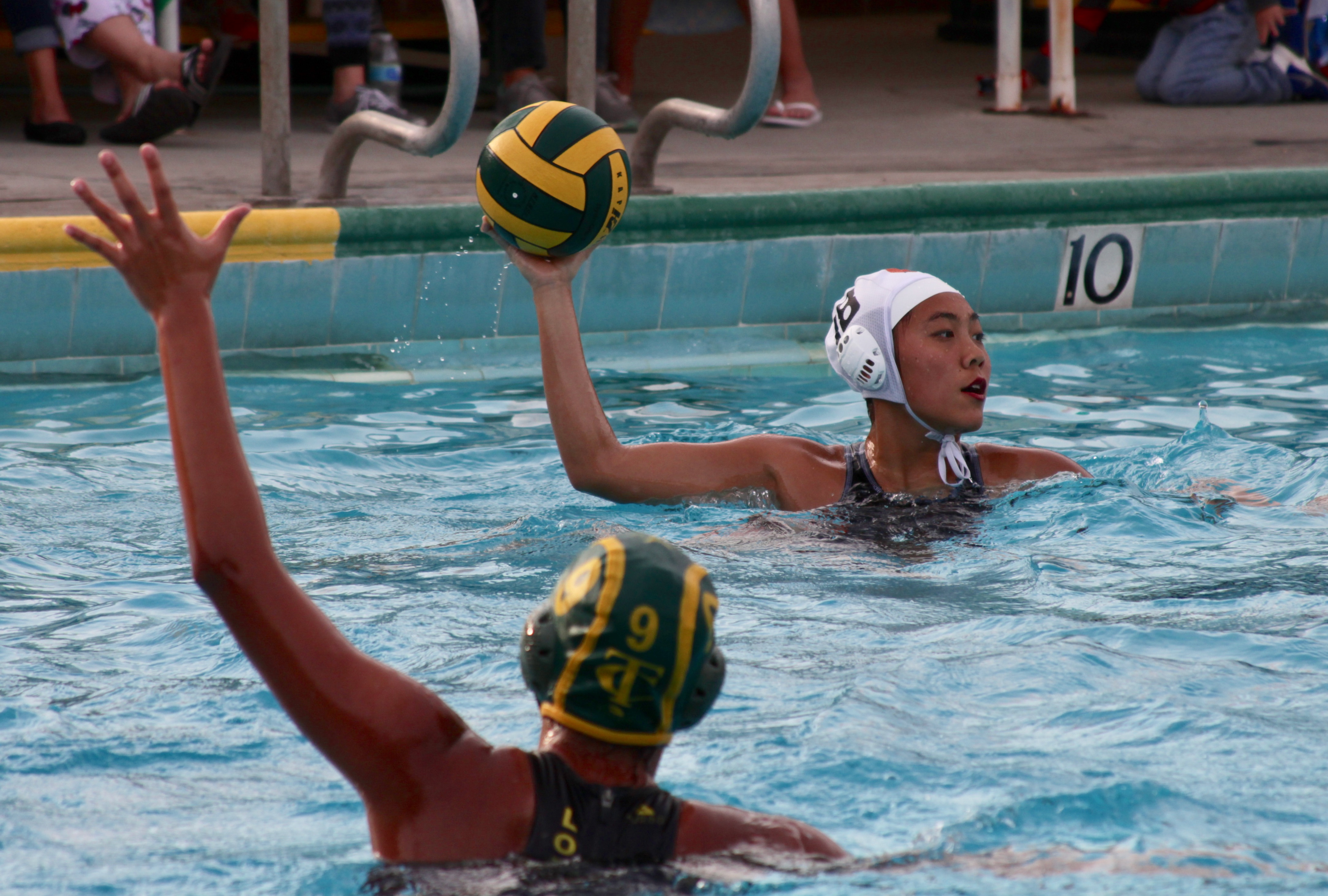 The girls’ varsity water polo team fell to Temple City 18-15 on Thursday, February 2 at Temple City High School. This loss brings the team’s season record to 4-3 and its overall record to 14-5.

Temple City started the game strong, scoring the first point of the game. The Tigers struggled to break through a tough Ram defense that limited South Pas to four points in the first quarter. After several unsuccessful possessions, sophomore Sydney Shettleroe tied the game 1-1. Temple City quickly responded with two consecutive goals. Junior Marta Jerebets lobbed the ball to Shettleroe, who was waiting to tap the ball into the net. The Rams scored another point, and sophomore Jael Osborne closed in on Temple City’s lead with a goal. A strong opposing offense scored three goals in succession before junior Hayden Carlson scored the last point of the quarter.

The Tigers trailed 7-4 going into the second period. Carlson opened up scoring in the quarter, which was followed by multiple Temple City goals. Osborne also found the back of the net and helped South Pas keep up with the Rams’ burgeoning lead. Shettleroe then added to the Tigers’ total score, and later found sophomore Alison Lao for another point. Temple City ended the quarter with a goal of its own, and the Tigers went into the second half down 12-8.

Lao opened the third quarter with a pass to Osborne, who then scored for South Pas. With a secure lead, Temple City relaxed its offense, scoring only four goals in the quarter to focus on defense. Carlson recovered a Tiger shot that hit the goalpost and caught the Rams’ goalie off guard to add another point. Shettleroe and Osborne each garnered a goal before the period concluded.

In the fourth quarter, South Pas battled to close the three point lead, with junior Sumiko Rudisky and Jerebets each scoring a goal. After a Temple City timeout, the Rams scored back-to-back goals, which devastated South Pas’ momentum heading into the final minutes of the game. Rudisky closed out the game with a point, bringing the final score to 18-15.

The Tigers will participate in the Los Altos Tournament on Friday, February 3 and Saturday, February 4 before playing their last game of the regular season against La Cañada at home on Tuesday, February 7. When the team played the Spartans earlier in the season, it lost 15-4.