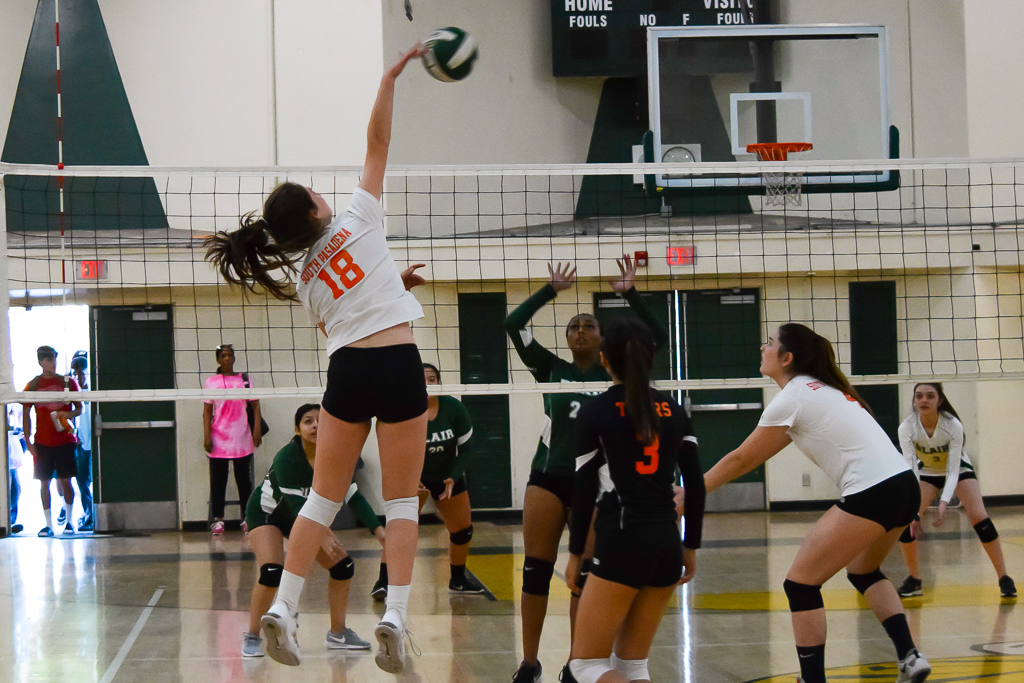 The Tigers easily strolled to victory, never letting the Vikings score more than 14 points in a set.

The girls varsity volleyball team won against Blair in blowout fashion on Tuesday, Oct. 15. The win maintains the Tigers’ undefeated league status and bumps up their overall record to 28-6.

South Pas switched up the regular lineups during this game, starting rotation players and playing the reserves. Consequently, the Tigers had a rocky start in the first set. There were many mis-hits throughout the set, but eventually the Tigers were able to grab a lead.

Senior Ashley Fox aided in South Pas’ success by tipping the ball over the net and scoring multiple times. Junior Katharine Florence finished the set with an ace, helping the Tigers win, 25-14.

Blair struggled to keep up with freshman Ava Dorny and junior Carrie Flemming’s spikes as well. After a Viking spike sailed out of bounds, the Tigers won, 24-14.

The final and third set consisted of many South Pas kills and ultimately, a win for South Pas. Sophomore Alyssa Sokolow, who played the libero position this game, assisted the Tigers by diving and keeping many balls in play. Sophomore Kennedy Taylor also helped the Tigers win by spiking impressive kills.

In the end, South Pas won when a Blair hit landed out, bringing the final score to 25-8.

The Tigers look to continue their winning streak when they host Temple City at Senior Night on Wednesday, Oct. 16.