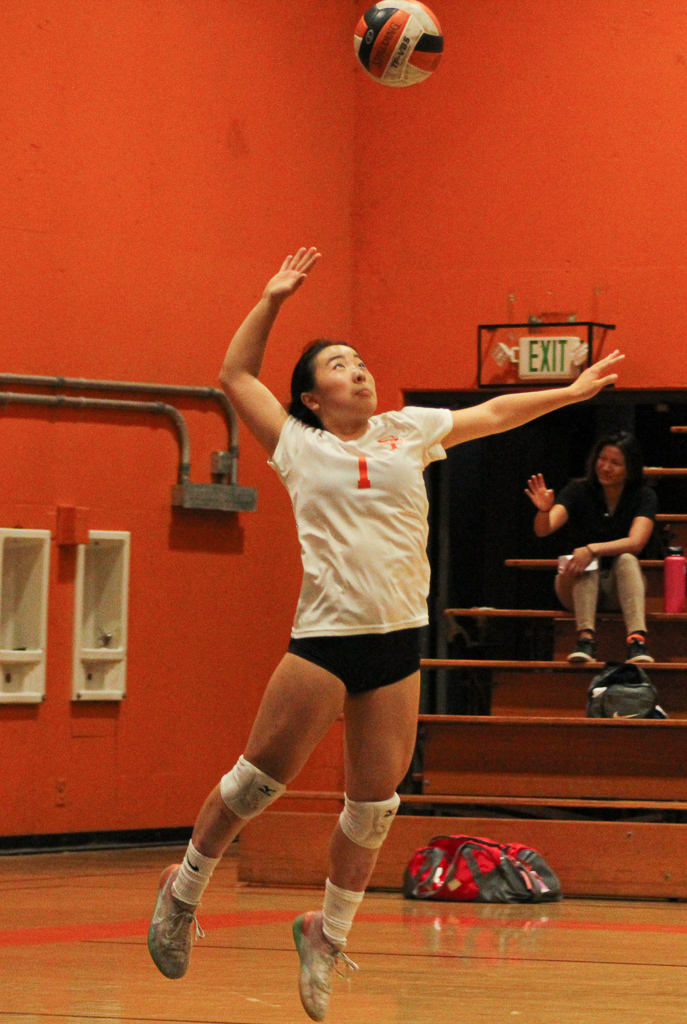 The Tigers advance to the CIF Division II State competition and will play next on Tuesday, Nov. 12.

Girls volleyball lost to the Norco Cougars in three sets in the CIF Division IV semifinals on Saturday, Nov. 2.

The Tigers succumbed to nerves at the beginning of the first set, quickly falling behind 12-4. Norco had a significant height advantage at the net, but sophomore Abby Garner’s strategic offensive play kept South Pas in the game.

Junior libero Lindsey Hirano championed a Tiger comeback mid-set with her cross-court dives, allowing them to tie the score at 19. Subsequent service and hitting errors from both teams kept the set neck and neck, finally reaching 24-24.

Junior right side hitter Lola Foord helped the Tigers jump out to an early four point lead in the second set. Then, strong spikes by sophomore Kennedy Taylor forced Norco to take a timeout, with South Pas up 13-9.

Unfortunately, this broke the Tigers’ momentum, and the Cougars rattled off a 9-1 scoring run. Back to back aces by sophomore Alyssa Sokolow and Garner’s giant stuff block weren’t enough to stop Norco’s offensive assault and the Tiger’s lost the second set 25-21.

Fans anxiously watched the court as successive Norco kills edged the game closer to an end. The resounding echo of a Cougar spike signaled the Tigers’ 25-20 loss.

While evenly matched skill-wise, South Pas was unable to compete with Norco’s height. The Tigers also failed to match the Cougars’ superb consistency and suffered from excessive ball control errors.

Nevertheless, girls volleyball has had a historic 33-7 season, advancing to the CIF semifinals for the first time in school history.

“This season has been really surprising for a lot of us and for a lot of schools because they would never think that South Pas was going to go this far and achieve this much with such a young team,” Taylor said.

But the Tigers aren’t done yet. By finishing in the final four of Division 4 CIF, girls volleyball earned a spot in the State competition, which will commence after the CIF Section tournaments conclude. South Pas will compete in the first round of Division III of state on Tuesday, Nov. 12.