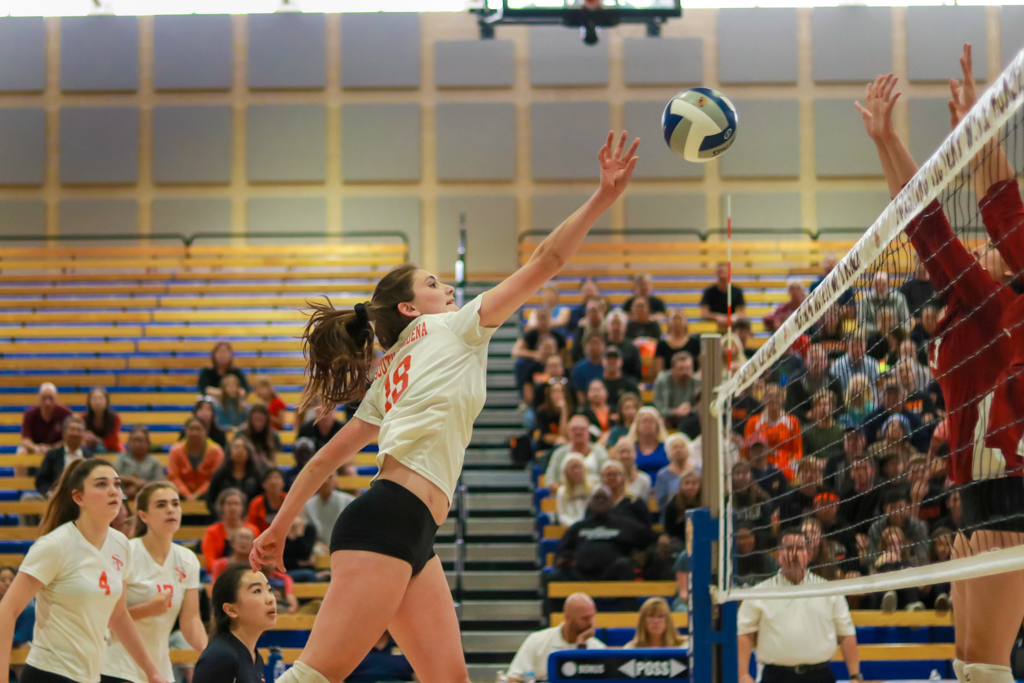 The Cardinals were a force to be reckoned with at the net, dominating defensively.

Girls volleyball lost to the Lowell Cardinals in four close sets in the CIF Division III State Championship on Saturday, Nov. 23. The Tigers finished the season with a stellar 37-8 record, an undefeated Rio Hondo League title, and a D-III State Regional Championship.

In the first set, the Tigers and the Cardinals were locked in a tightly contested battle. Sophomore Abby Garner and junior Lola Foord’s powerful spikes remained vital parts of the team’s success.

But, the Cardinals were able to take advantage of the Tigers’ miscommunications and escaped with a 25-21 win.

Despite the first set loss, the Tigers remained fearless and aggressive. Sophomore Alyssa Sokolow and freshman Sofia Reyes kept the Tigers with the Cardinals through the first half of the second set.

South Pas slowly started to fall apart as Lowell dominated the net. The Cardinals defeated the Tigers in the second set with a identical 25-21 score.

Down two sets to none, the Tigers faced grim odds. The Cardinals owned all the momentum and their confidence levels rose to the ceiling.

South Pas continued to fight with help from libero Lindsey Hirano’s vital digs that kept rallies alive. With a 22-22 tie, the Tigers clawed their way to win the third set, 25-23, forcing a fourth set.

The two teams passed around the lead in the next set; both sides had sloppy miscommunications. The Cardinals surged ahead with back-to-back kills and never looked back. Lowell flew past South Pas, 25-20.

“Everything about our play seemed a little off that game. I think the most disappointing part of the game was not the results, but the fact that we didn’t play at the level I know we are capable of,” Hirano said. “However, I don’t want this game to take away from all of the amazing things we have accomplished this year.”

This season, girls volleyball reached the CIF quarterfinals for the first time in school history. Led by Foord and Hirano, the Tigers continued to exceed expectations, winning the Southern Section State title in their first State playoffs appearance.

The future is bright for the Tigers, with only two graduating seniors. Every starter will return and next year, South Pas will look to make another deep run into the CIF State playoffs.