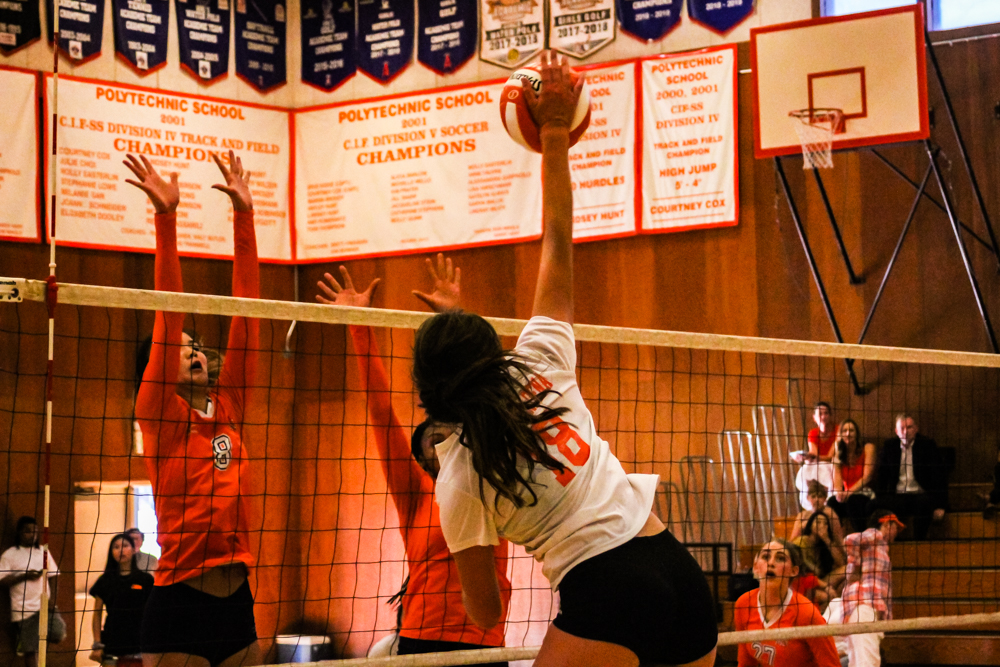 After getting out to a fast start, the Tigers blew a 2-0 lead to the Panthers.

Girls’ volleyball suffered a defeat to the Polytechnic Panthers in a hard fought five sets, on Tuesday, Aug. 27. With this loss, the Tigers drop to 1-1 in the preseason.

From the start of the first set, South Pas defended well, with powerful blocks from freshman Ava Dorny and sophomore Erin Hughes. The Panthers’ strikes were well-placed, but they were no match for the Tigers’ quick reflexes and South Pas won the set, 25-21.

The Tigers continued to dominate the court in the second set, leaving Polytechnic desperate to score. South Pas came out on top, 25-18, thanks to freshman Sofia Reyes’s accurate sets and junior Lola Foord’s spikes.

However, the Tigers faltered in the third set. The Panthers played with increased energy and awareness, serving several powerful strikes and maintaining a strong lead throughout. The Tigers attempted to make a late comeback, but their lack of communication proved to be the deciding factor as Polytechnic won 26-24.

South Pas continued to lose momentum as the Panthers destroyed them with unbeatable spikes. The Tigers tried their hardest to maintain the lead, but the opposing hitters remained relentless and Polytechnic tied up the match at two sets, winning 25-22.

In the final set, the Tigers linked together various successful passes and hits, but they were unable to secure a consistent lead. The Panthers took advantage of a fatigued South Pas side, defeating them in the fifth set, 15-11.

“The team played really well the first two sets but lost energy in the last three.” sophomore Alyssa Sokolow said. “We always fight until the end and put up a fight to close the gap but as a team we need to improve our chemistry on the court and working together.”

The girls’ volleyball team hopes to redeem itself in the next match against Westridge on Thursday, Aug. 29.