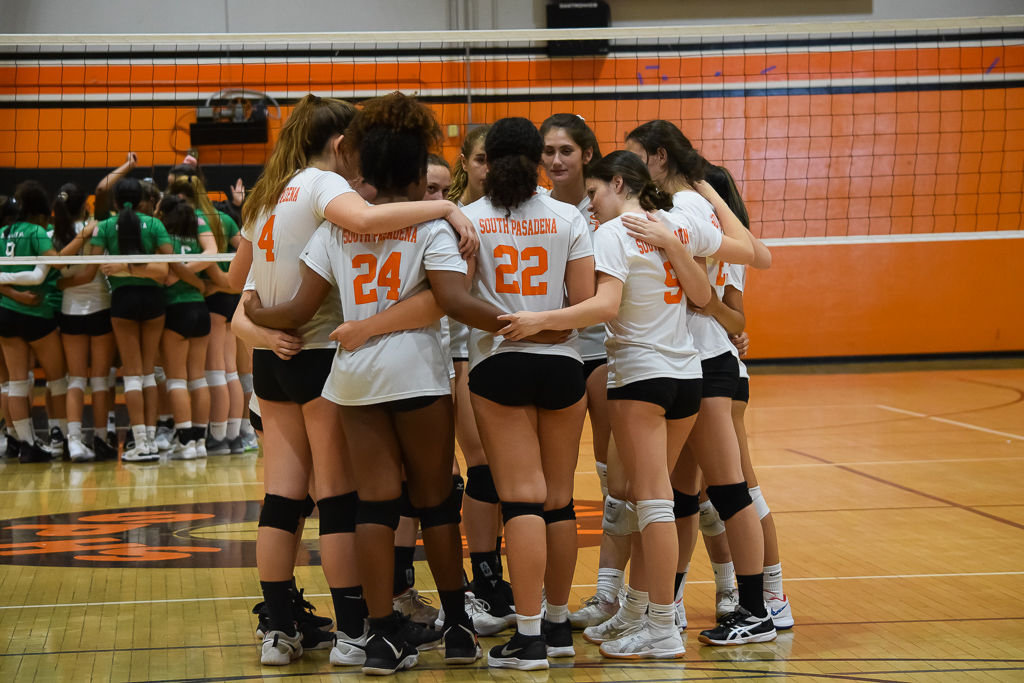 The Tigers coasted to victory behind the sophomore duo Abby Garner and Alyssa Sokolow.

Girls volleyball crushed Monrovia in three sets at home on Thursday, Sept. 19. The Tigers secured the victory quickly, with the Wildcats unable to break 20 points in any of the sets.

Freshman Sofia Reyes started the game off strong with three consecutive aces, driving hard, accurate balls that Monrovia couldn’t return. Junior Lindsay Hirano was fantastic as usual, effortlessly preserving the Tiger lead. After Monrovia scored on an easy kill, South Pas upped their defensive focus, communicating and ensuring all spots on the court were covered. Offensively, sophomores Abby Garner and Alyssa Sokolow rained down an onslaught of unstoppable hits. Sokolow locked down the first set for the Tigers, slamming an unblockable spike deep into Wildcat territory, bringing the score to 25-18.

Monrovia put up a strong fight in the second set, but the Tigers were fighting harder and smarter, utilizing calculated tips and well-placed shots to the middle. Freshman Ava Dorny hit an baseline shot and Foord followed in hot pursuit, forcing the ball through the Wildcat blockers. Sophomore Erin Hughes and Sokolow stuffed any Monrovia attempt to score, creating an impenetrable wall. The Wildcats stumbled near the end of the set and committed many simple mistakes and the Tigers won the second set, 25-18.

South Pas relaxed in the third set and rallied back and forth with Monrovia. Both sides exchanged points for the majority of the set, but the Tigers managed to maintain a one-point lead. They sped the game up as they drew closer to 25, placing another deadly shot right on the sideline. Dorny scored the last point with a graceful kill, sealing the set, 25-19.

“I feel the team played together and pushed through to the very end. We stayed consistent and our energy was up the whole game, which was a really big part of our win today,” Sokolow said.

Now 2-0 in the early RHL season, the Tigers will face off against La Cañada on Tuesday, Sept. 24.