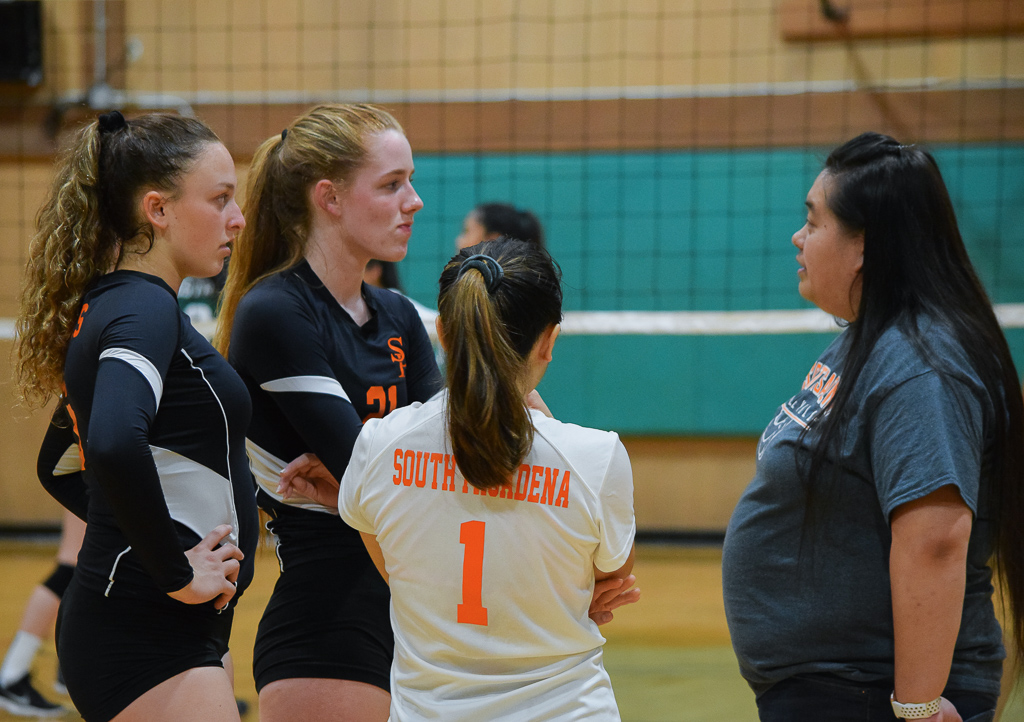 The Tigers continued their winning streak with 25-18 in the next set, with the added push by freshman Ava Dorny alongside Foord allowing for the second win.

The tables turned in the third set, with neck to neck play. It culminated into a set score of 25-23, Westridge just barely scraping out points to win over the edge, and stopping the Tigers from an early finish to the game.

South Pas reasserted their dominance during the fourth set. The team adjusted, diverting their serves away from Westrige’s star libero. This shift and further discipline of the blocks concluded the game, with the Tigers finishing the last set, 25-13.

“Everyone worked hard together,” sophomore Abby Garner said. “The team finished out and progressively worked together better.”

The Tigers hope to spring from the momentum of this win when they play the Alhambra Moors in a home game on Wednesday, Sept. 4.