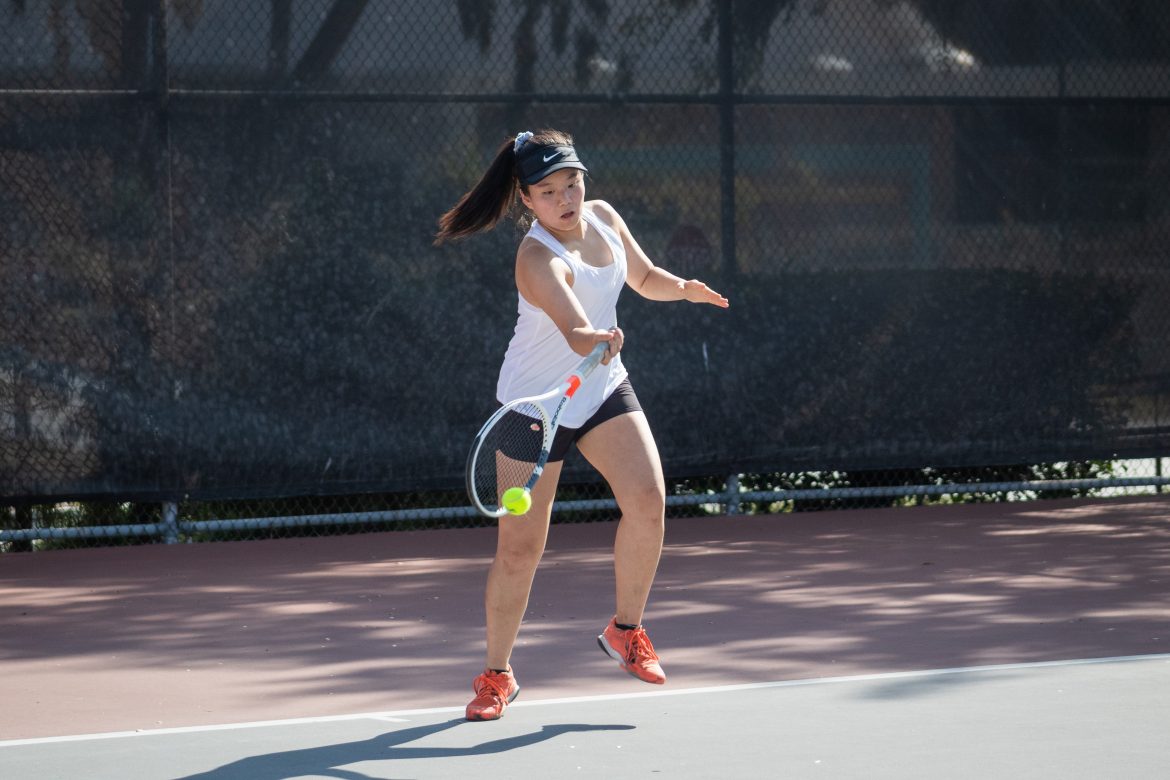 The Tigers' doubles teams were instrumental in the team's victory, going 9-0 in their matches.

The varsity girls’ tennis team secured an easy victory over Westridge on Tuesday, September 11, defeating the Tigers by a score of 14-4. With the win, the team maintains their undefeated preseason record of 6-0-1.

The girls’ singles team stumbled slightly in their victory over Westridge, dropping the only four sets of the match. Singles one, senior Shannon Huang, dispatched Westridge with scores of 6-1 and 6-3 in her first two sets, but struggled to overcome the play of her third opponent, losing 6-4. Sophomore Carissa Park, singles two, lost her first two sets 7-6 and 6-0, but succeeded in shutting down her final opponent 6-0. Although she lost in her final set, senior Rachel Park also picked up two smooth sets by scores of 6-0 and 6-1.

The South Pas doubles squad smashed through the Westridge Tiger’s inferior doubles lineup, failing to give up a single set. Doubles team one, sophomores Kimberly Hsueh and Olivia Reed, outhit their opponents in their first set, winning by a score of 6-2. In their second and third matches, the duo took both games in extra sets, securing two 7-5 wins. Junior Teryn Kum and sophomore Talulla Chow, doubles team two, won three sets by scores of 6-2, 6-3, and 6-4. Doubles team three, senior Sheila Li and sophomore Skylar Cornforth, found little resistance, swiftly taking one set 6-0 and an additional two with scores of 6-1.

The varsity girls will next play on Thursday, September 13, away against Mark Keppel High School.