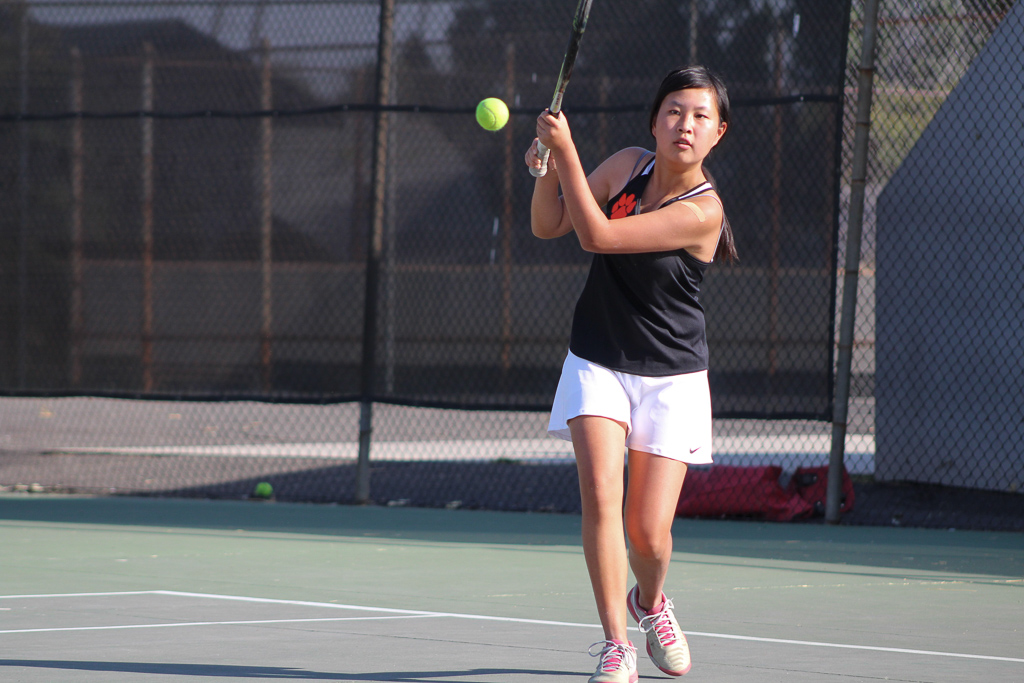 The Tigers dropped to .500 after a tough loss to the Spartans, as the singles squad uncharacteristically struggled.

Girls tennis suffered defeat against the La Cañada Spartans on Friday, Oct. 11, ending their fourth game of the regular season with the score of 13-5. This loss drops the Tigers to a 2-2 record.

The singles squad suffered heavy losses, and only singles one, junior captain Carissa Park, was able to pull through with her last two sets, winning against her opponents, 6-3 and 6-1.

The doubles squad performed marginally better, with doubles team two, junior Skylar Cornforth and sophomore Stephanie Li, winning both their first and third sets with the score of 6-4.

The other win for the Tigers came from doubles one, senior captain Teryn Kum and junior Kimberly Hsueh, who were only able to win their first set with a score of 6-2.

The girls team hopes to revive its success against the Temple City Rams on Thursday, Oct. 17.