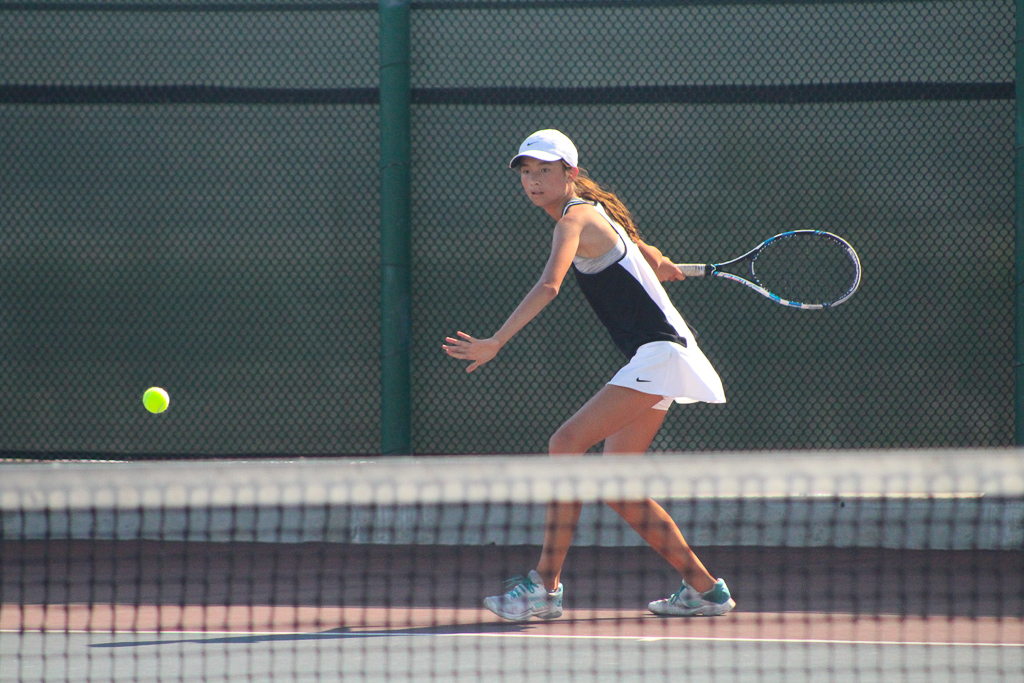 The singles two and three struggled, losing all six sets.

The singles squad struggled, only winning three sets total. Singles one, junior captain Carissa Park, lost her first set 6-3, but bounced back to win the next two 6-2 and 6-0. Freshman Krya Campbell lost her first two sets 0-6 and 1-6 but followed it up with a 6-2 win in her third set.

Doubles team one, senior Teryn Kum and junior Skylar Cornforth, easily dominated the opponents, winning all three sets, 6-3, 6-1, and 6-1. However, the other doubles couldn’t match Kum and Cornforth’s success. Junior Meagan Chang and sophomore Sarah Uwabo lost all three sets with very close scores of 7-5, 6-4, and 6-4. Doubles team three, junior Kimberly Hsueh and sophomore Stephanie Li, was unable to lock down their first two sets, falling 6-1 and 6-4, but came back with a close 7-5 victory.