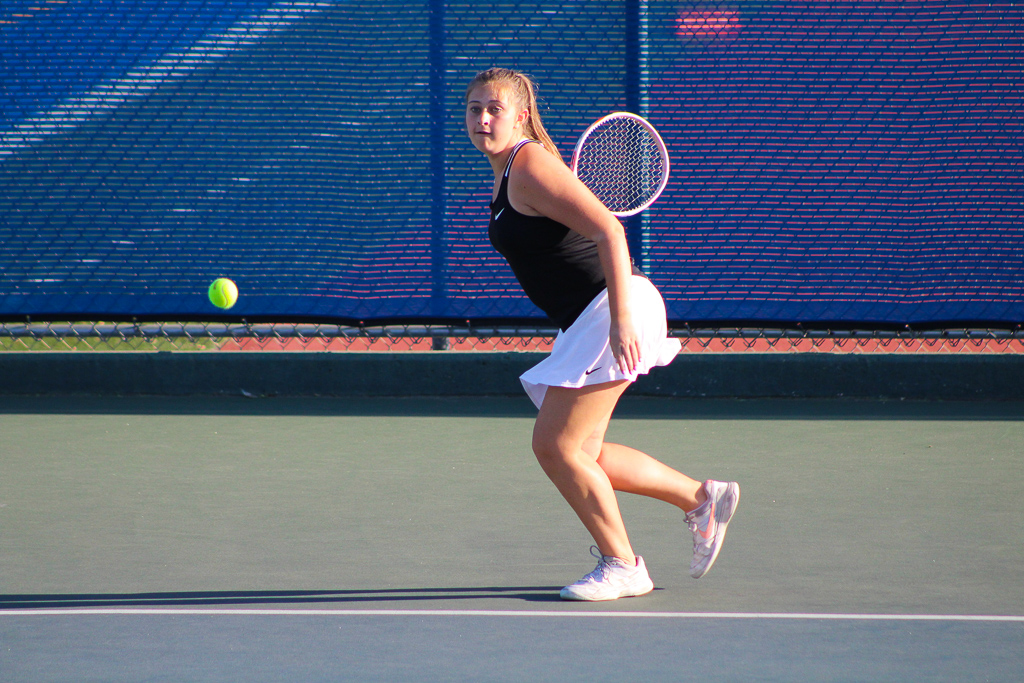 The Tigers struggled, losing ten sets 6-0. They have not beaten the Titans in the last eight years.

Girls tennis fell to the San Marino Titans, 15-3, on Thursday, Oct. 5, marking the first loss of the regular season.

The singles squad struggled, only winning two of their nine sets. Singles one, junior captain Carissa Park, won two of her three sets, 6-2 and 7-5 against San Marino’s singles two and singles three, respectively. Park fell to the opposing singles one, 6-2.

However, none of the other Tigers’ singles were able to grab a win, being blown out in the other six sets.

Similar to the singles squad, the doubles squad failed to secure enough wins, only winning one set out of nine. Doubles team one, senior Teryn Kum and junior Skylar Cornforth, defeated the Titans’ doubles three, 6-3.

The Titans swept Kum and Cornforth in the other two, 6-0. Doubles team two, junior Kimberly Hsueh and sophomore Stephanie Li, lost all three sets, 6-0, 6-2, and 6-0. Junior Sienna Chen and senior Jessica Deng, followed suit with scores of 6-0, 6-3, and 6-0.

The girls tennis team hopes to improve its league record to 2-1 on Tuesday, Oct. 8, against Monrovia High School.

Boys water polo blows La Cañada out of the water