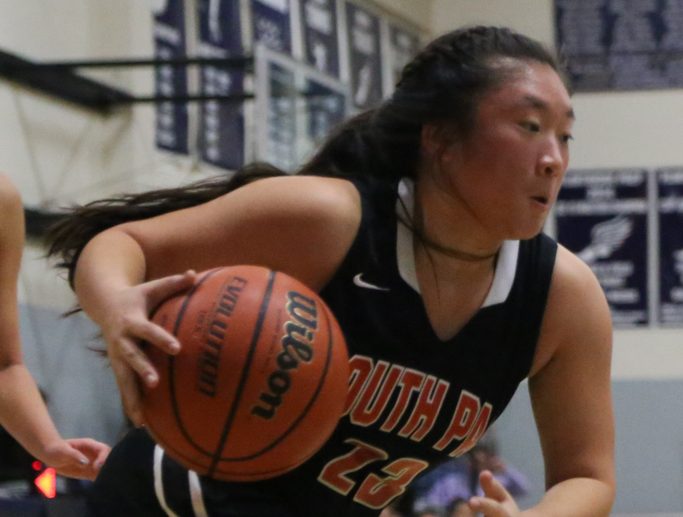 The girls’ basketball team fell to Flintridge Preparatory School 64- 57 on Tuesday, December 13. The Tigers’ overall record stands at 5-6 with one final game remaining before the start of league. Since starting the season, the team has struggled to find consistency on the court after losing its head coach over the summer.

South Pas displayed an aggressive offense and was often able to guard against the Rebels’ counterattacks. Sophomore Lauren Kafkaloff and seniors Jalynne Li and Juliana Tom had particularly strong plays against Prep. Li and Tom set up several scoring opportunities, while Kafkaloff earned 18 points for the Tigers. However, cracks in the team’s defense began to show as a Prep player found herself unguarded by the basket more than once. Additionally, the Tigers were unable to capitalize on several of their opportunities as many of their shots did not fall. Both teams remained within points of each other for almost the entire game. However, the Rebels managed to gain a slight lead during the third quarter, which they carried until the final buzzer sounded.

“The potential our team has should not be overlooked.” Li said. “With that said, I believe that our team is already progressing to be the new ‘team to beat’ of the San Gabriel Valley area.”

South Pas will play its last preseason game on Wednesday, January 4 at Marlborough School, where the Tigers look to gain a final win before the start of Rio Hondo League Play.

Examining our roots in the City of Trees