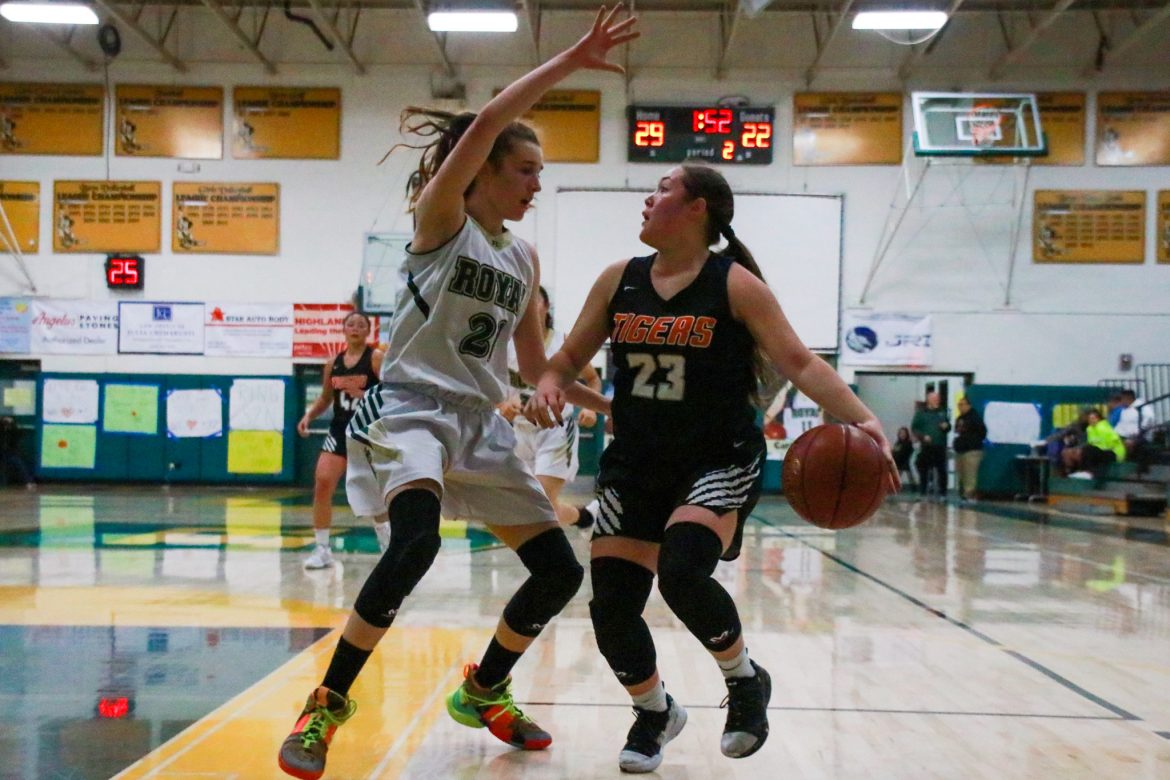 The Highlanders' height and defensive pressure doomed the Tigers to a 76-48 loss.

Girls basketball suffered a 76-48 defeat to the Royal Highlanders in the Tigers’ first CIF match on Thursday, Feb. 14, marking the end of their season. With the team’s second straight first round exit, South Pas finished the season with a 14-13 record.

South Pas managed to stand toe-to-toe with Royal in the first quarter, but by halftime, the Highlanders’ size allowed them to grab a 12-point advantage. In the second half, Royal’s press suffocated South Pas and ultimately secured the win.

In the first quarter, the Tigers got out in transition to earn easy buckets. Sophomore Allysan Tse and senior Emily Newhall grabbed rebounds and sped down the court for several layups.

However, with every point scored, Royal retaliated with its own scoring. Moreover, with a clear height advantage, the Highlanders swept past the South Pas’ defense and ended first quarter with the lead, 16-13.

Tse opened the second quarter with a three to knot the game at 16. The Tigers continued to attack and penetrate the Highlander defense, but were unable to finish over the towering Royal defense.

In the second half, impatience marred South Pas’ decisions for the rest of the game; rushed passes led to sloppy offensive execution. On the other hand, Royal showed confidence with every shot taken. Even when the Highlanders did miss, their players simply used their height to dominate the glass and score once more.

Towards the second half, the Highlanders’ high pressure defense clouded the Tigers’ mind and brought them down to a shooting slump. Meanwhile, Royal continued to run up the score and coasted to a blowout victory.

“Tonight was a devastating loss and ending on a first round CIF game cut our season short,” senior Megan Yee said. “Our entire team was pretty disappointed, but we definitely are not going to forget this season and the memories we have made as a team.”

Throughout the year, the team displayed its prowess, cruising past multiple schools in a victorious manner, and ended RHL second place with an overall record of 6-2.

This upcoming season, the Tigers must replace eight graduating seniors, who were responsible for 55 percent of the team’s points. Still, girls basketball will still have a star in Tse (14.8 points, 8.6 rebounds, 2.0 steals), who will return for her junior year.