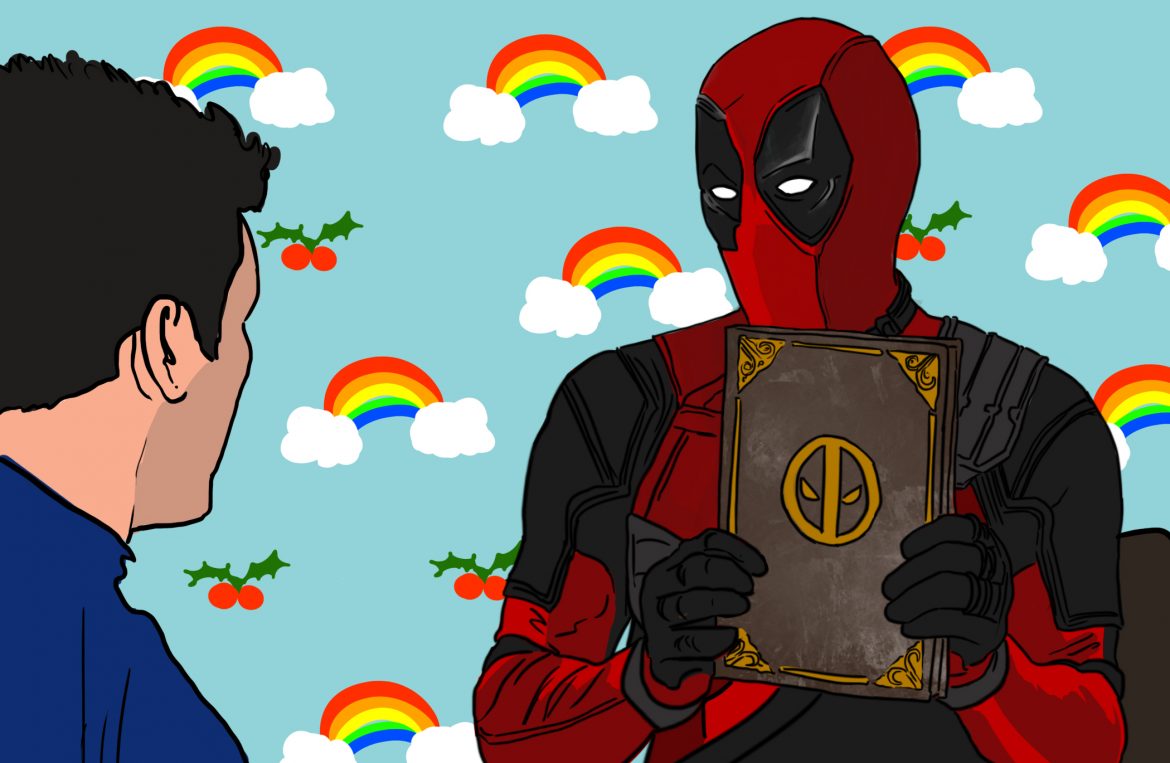 Once Upon a Deadpool isn’t a unique plot, being almost the exact same as its predecessor, Deadpool 2, but viewers of Deadpool never needed the Steven Spielberg character development. The fun was always in the crafty jokes and in that area, Once Upon a Deadpool absolutely shined.

In late December, families take time off work and finally unite with their loved ones, celebrating the wonderful holiday season with Rudolph, Frosty the Snowman, eggnog, and too much of Jingle Bells. In Once Upon a Deadpool, the wholesomeness of these activities works to provide the perfect satirical platform for Deadpool, an invincible superhero who holds little responsibility. The film, comprising a multitude of flashback scenes from Deadpool 2, intertwines the textbook Deadpool action scenes — gratuitously violent, slow motion, and mind-numbingly ironic — with short bursts of commentary from Savage and Deadpool.

Once Upon a Deadpool isn’t a unique plot, being almost the exact same as its predecessor, Deadpool 2, but with its crafty fun, skillfully presented through song selections and pop culture references, this film absolutely shined. Expanding on its satirical theme, the movie is a spoof on The Princess Bride. It even begins with Fred Savage, who played the young protagonist Peter Falk, bound to Falk’s exact bed as in the classic film. Deadpool, played by Ryan Reynolds, takes on the role of a mother reading to her son at bedtime, as he proceeds to explain the filtered plot of Deadpool 2 to Savage and the audience.

Despite its lack of overtly inappropriate content, Once Upon a Deadpool’s plot maintains the same energetic and humorous atmosphere. Deadpool, per usual, executes scenes with wit and confidence. As Deadpool dodges bullets and punches upbeat music played along with the scenes keeps the audience with an adrenaline rush. In the end, the breathtaking attention to detail in every fight, from swift punches to blown up limbs and impressive camera work, translates to a powerful and entertaining ending.

Disregarding the impressive cinematics, the storyline, with the same plot as Deadpool 2, was expectedly predictable. Just 20 minutes of new footage were implemented to incorporate Savage’s conversation with Deadpool; the removal of profanity and inappropriate scenes were the only other notable changes. But for those who can’t wait for a quality dose of Deadpool, even excluding the vulgarity, this film’s hilarious dialogue and entertaining post credits scenes won’t disappoint. In fact, it’ll likely make for the perfect Christmas cinematic twist from the heartwarming, yet overplayed, classics.