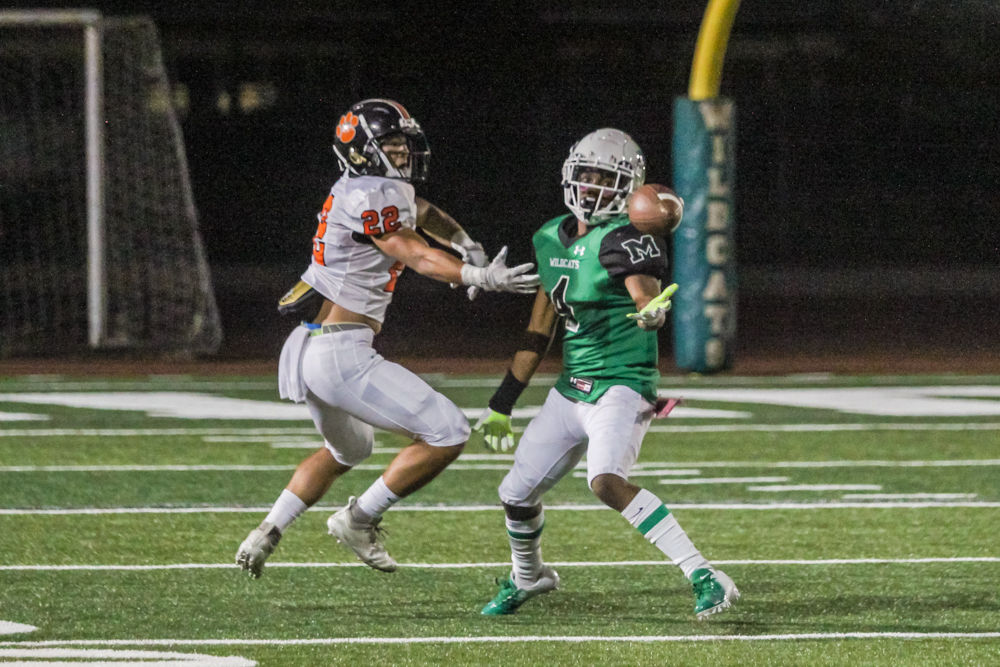 The Tigers to take care of the football' they turned the ball over twice on fumbles.

The football team dropped a road game to the Monrovia Wildcats, 49-7, Friday, Oct. 18. The Tigers start the regular season with a 0-2 record, following a strong 5-1 preseason showing.

Monrovia completely outmatched and outsized South Pas, easily dominating every aspect of the game. After scoring 28 points in the second period, the Wildcats guaranteed themselves a victory.

The home team jumped out to a quick lead by the end of the first quarter, as the Tigers were unable to compete with the stronger and faster Wildcats. Monrovia ripped through the South Pas secondary, completing an 81-yard touchdown pass with a minute remaining in the quarter to increase its lead to 14-0.

Offensively, the Tigers never generated an effective ground or passing game; in eight of the nine drives, South Pas punted five times, fumbled twice, and failed to convert on fourth down once.

“We could have played a lot better. We made a lot of mistakes and dropped passes,” senior quarterback Samuel Luna-Long said.

As a result, the offensive struggles forced the defense to stay on the field for long periods of time. The tired defensive unit couldn’t stop any of the Wildcat plays, allowing two rushing and two passing touchdowns in the second quarter.

South Pas, frustrated and fatigued, got into a scuffle with Monrovia after a personal foul penalty and one player from each side was ejected from the match. Rattled, the Tigers ended the half on an even lower note, giving up a 30-yard touchdown, and the Wildcats held a 42-0 lead.

In the second half, Monrovia relaxed and coasted to the finish line, implementing into a slow running game. Still, South Pas conceded a touchdown, falling into a seven touchdown deficit.

The Tigers finally scratched the scoreboard in the fourth quarter with a seven minute, 73-yard drive. Senior running back Ethan Hong scored the final points of the game, ramming the pigskin across the goal line for a two-yard rushing touchdown.

Sports coaches are ‘too demanding’