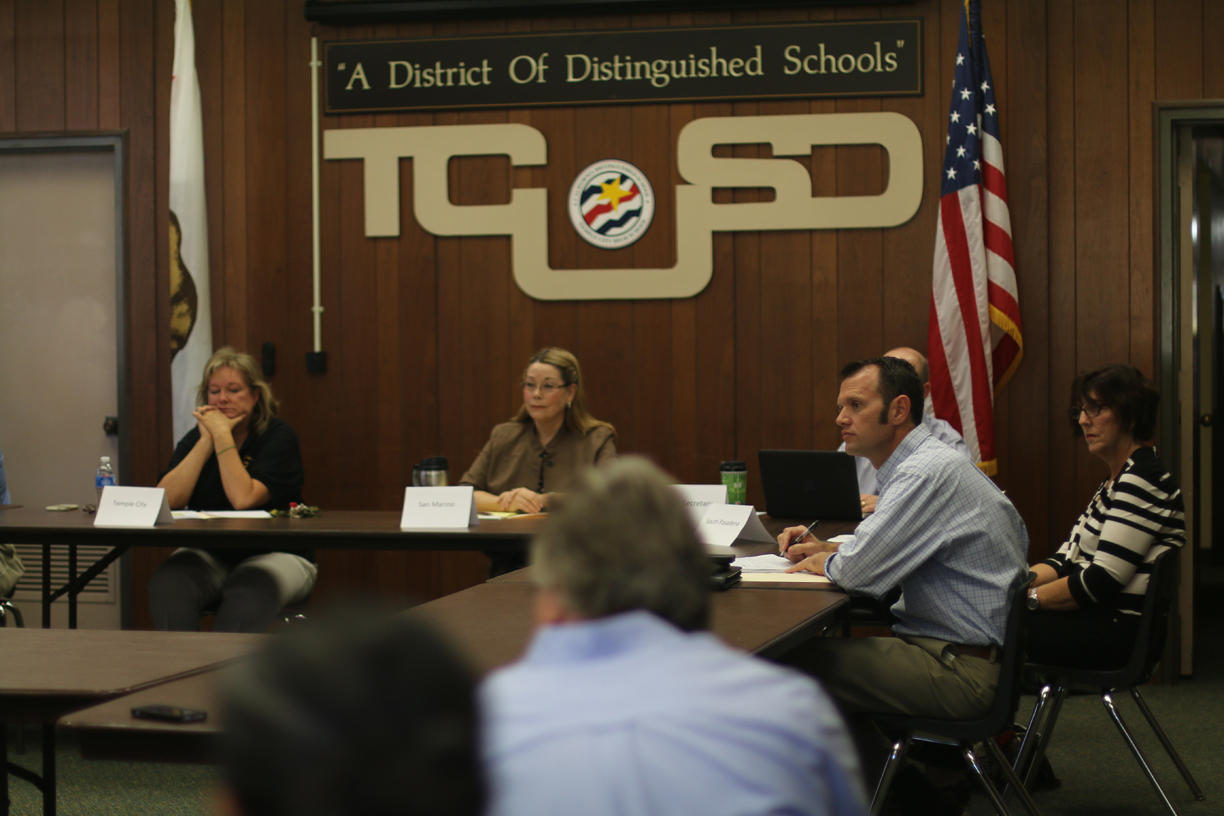 By Alex Nakagawa and Stanley Wu

It is the first time in Rio Hondo League history that a coach and team have been disciplined for videotaping―essentially spying on―opponents. The team is disqualified from this year’s playoffs, but the decision as to his further employment within the district will be determined by the school board in June.

According to La Cañada principal Ian McFeat, a La Cañada staff member noticed an outside person with video equipment taping the Spartan football team during practice on Tuesday, November 4. The person was asked to leave, but was not identified. One day later, the same man was identified by La Cañada coach Ramsey Lambert. Lambert took a picture of the man leaning on the fence, and also a picture of the license plate on the back of the man’s car as he drove away.

McFeat explained during the meeting that he was concerned that the unidentified man was a predator. However, after notifying the La Crescenta Sheriff’s Station of the license plate number, the vehicle was traced back to Nick Konrad, the brother of SPHS football coach Marty Konrad.

Konrad denied the allegations soon after the game in an email to the parents of the Tiger football program.

“I never asked for video or received any video from my brother,” Konrad said. “You can watch our game video versus LCHS [La Cañada High School]― we ran the same offense and defense. I was willing to take the game suspension because I felt the administration would do the right thing and support the players and allow the game to be played, even if it was under protest.”

“The administration as a whole could have handled the situation better by communicating with the players and everyone involved in the football program,” Scott said.

On the other hand, senior Jeremy Escandon, who played as defensive tackle for the Tigers for the last three years, disagreed with how the administration dealt with the conflict, but also recognized the finality of the situation.

“At this point, there’s really no reason to keep protesting,” Escandon said. “Players only wanted a chance at CIF, and that’s over now. We don’t want sympathy or an apology; we just wanted to play football.”

“What seems to have been lost on the leadership in the school and district who have commented publicly on this episode is that it’s not about the game or the forfeit,” football parent Julie DeLucia said. “For us, the entire episode is about honesty, transparency and due process―none of which were given to the team. This was a failure of leadership on several levels and our goal is to ensure that future situations like these will be handled with openness and trust, rather than secrecy and deception.”

“We are unapologetic supporters of the sport of football,” DeLucia said. “We view our support of football as support for each player in the program, and we’ll remain unwavering in our dedication to them.”

Corrections to the December 16 print edition