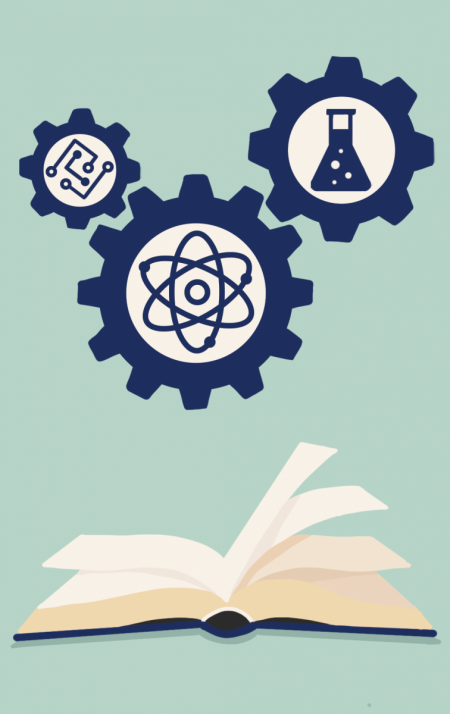 SPUSD curriculum actively limits student immersion in the humanities by allocating excessive resources for the exploration of STEM subjects.

Science, technology, engineering, and mathematics (STEM) education was officially added to the American vernacular in 2001. Since then, public high schools across America have decided that STEM education is the secret ingredient needed to churn out children equipped with the tools to propel the U.S into the future. However, this pursuit to expand and perfect STEM education has left humanities classes neglected. It remains the responsibility of school districts in the United States to maintain the humanities at the forefront of the national education model, even while adapting to a tech-oriented future.

Elementary school is where inherently misguided attitudes towards math and English are first bred. At this age, SPUSD students take a math placement test that essentially decides if they have futures in STEM. Those who happen to perform well on this exam are placed on an “accelerated” math track that lasts throughout the remainder of their education. If a student performs well, it doesn’t mean that they are particularly passionate about STEM, but that they happen to have a natural aptitude for math. As such, the district sustains a system that prioritizes abilities instead of interest, which is detrimental to the development of students’ interests beyond what is academically defined for them.

SPHS’ failure to provide an equal number of academic opportunities for kids without an interest in STEM is a reflection of a nationwide disregard for the value of the humanities in the modern workforce. The school offers every mainstream STEM AP, including chemistry, physics, and biology, but doesn’t offer other humanities-based APs, such as psychology, human geography, seminar, and world history.

This gives way to an even larger, generational dilemma. The U.S.’ test score rankings with regards to mathematics and science are historically unremarkable, and even with an aggressive emphasis on STEM, the country is still stuck somewhere in the middle of the pack. Still, what does set the US education system apart is its unique ability to develop critical thinkers. To fully take advantage of this ability, resources can no longer be expended to bolster already lackluster assessment performance, and a more comprehensive and abstract approach to high school curriculum should be utilized in order to best optimize the talents and interests of the entire student population.

There is nothing essentially disagreeable about pursuing an education and future career in the STEM field. However, the current academic climate seems to skew in favor of these areas of study, which jeopardizes the caliber and growth of the subjects left behind. The quality of future education in the United States will not be decided by the development of STEM courses and fields alone, rather it will only be enhanced if a holistic and inclusive environment is made available for students to pursue whatever subjects they would like in school, STEM or not.