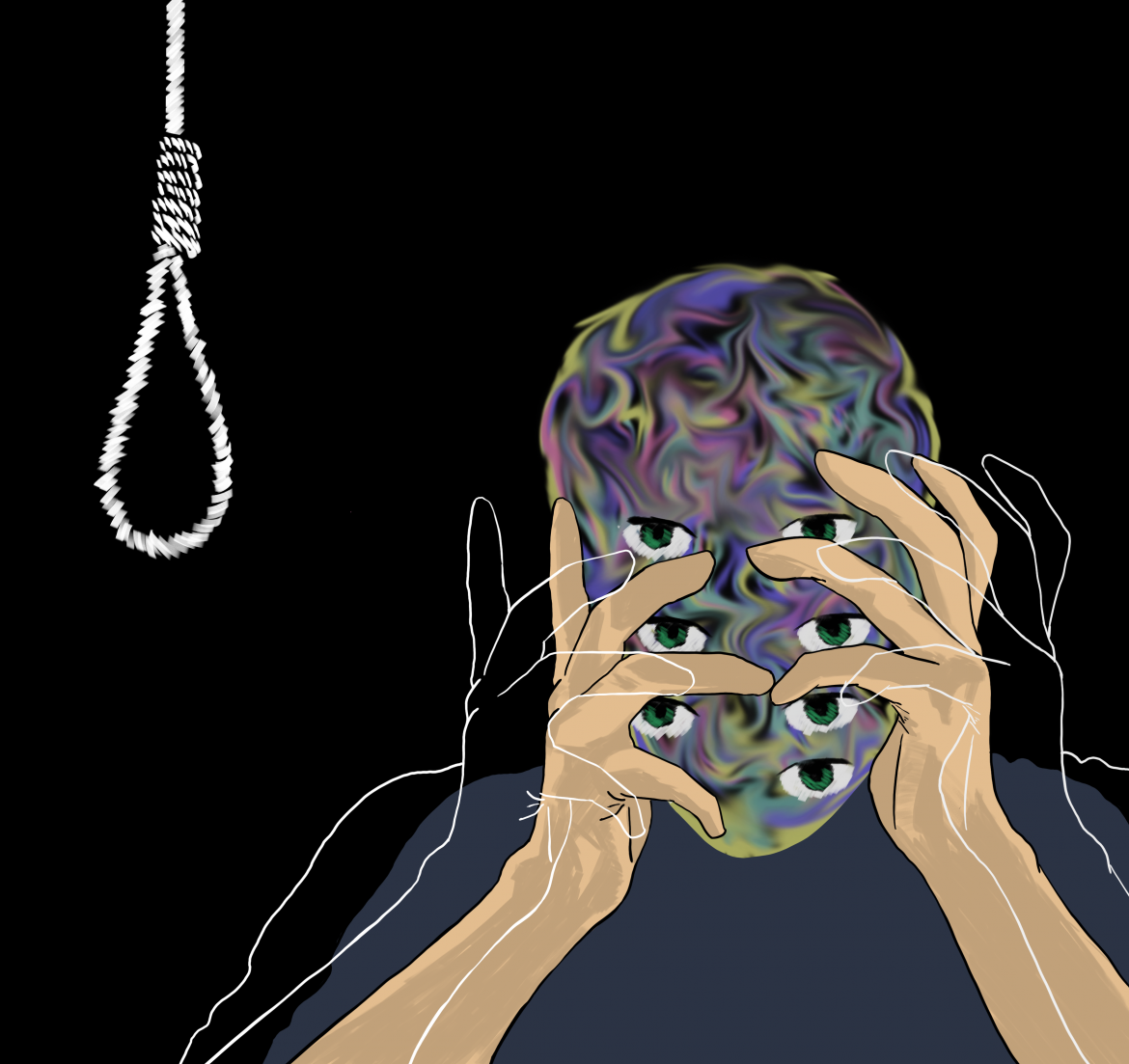 Interactions among teens today often mock or ridicule suicide, depression, and other mental illnesses, inhibiting the growth of mental health resources for those who suffer from these conditions.

Joking about suicide and depression has become the norm, whether it’s through social media or day-to-day conversations. Teens might hear their friends say, out of stress, “If I don’t get an A, I’m jumping off a building.” And they will most certainly hear the phrase, “I’m going to kill myself” every day. This generation is defined by the use of morbid language and other dark humor to cope with daily stressors and anxiety because of society’s less than ideal support for mental health and encouragement of that behavior from the current social climate.

Mental health disorders are known to affect one in every five teens and young adults. Unfortunately, therapy and additional medical care are not always available to those suffering. For many, joking about suicide or depression is used as a coping mechanism. But for people struggling and actually contemplating suicide, their problems are overshadowed by the normalization of dark humor. Now it is much more difficult to tell the difference between someone who is just stressed and someone who wants to attempt suicide.

The treatment of this kind of behavior as a typical mannerism has made the problem worse. Social media sites such as Facebook and Instagram are filled with groups, pages, and accounts that trivialize depression and the use of self-deprecating jokes. Widespread memes, viral videos, and liked comments of posts with dark humor easily grab the attention of teens. Although it helps people cope in the moment, it is a very temporary solution that can take people down the wrong path quickly. For those who use dark humor to mask their inner struggles, it prevents them from accessing the help they need and encourages them to use unhealthy coping methods such as self harming.

All of this stems in part from the common misconception that mental illnesses aren’t as impactful as physical illnesses. The feeling of sadness isn’t shown through our bodies as a fever or cough would do. It’s harder to understand and to empathize with. Many people who have not experienced it themselves tend to dismiss symptoms of mental disorders because there is nothing physically wrong. Having a mental illness is viewed as a weakness or something to be embarrassed about, but in reality, a serious chemical imbalance deserves the same amount of attention and care as a physical illness.

However, proper care for mental illnesses is becoming more common. Students in Oregon are allowed to take “mental health days” off from school under a new bill. This is one of the first states to treat mental and physical illnesses the same way. In 2018, another bill was passed to ensure suicide prevention training throughout public schools in California.

SPUSD has also reached out to provide more student support services through counselors and informational meetings concerning teen depression and suicide. On Feb. 25 this year, SPHS hosted an event where parents could share their concerns and learn about mental illnesses. As more mental wellness programs and events are integrated into schools and communities, teens and young adults will hopefully stop turning to dark humor and be able to seek the help that they need.

Attention to mental health must continue and increase through these types of workshops, discussions, and other community outreach as a whole. Additional legislation concerning mental health should also be implemented to bridge the gap between treatment of mental and physical health. Understanding the importance of mental disorders and healthy ways to cope with them are essential to ensure people are not left alone to suffer.

Whether it is careless jokes or other dark humor being observed, it is important to stay vigilant and be open to help the friends and people around us. By increasing awareness of mental wellness and expanding the kind of help given by schools and communities, depression and other mental health disorders can be properly addressed. Teens can find more positive ways to cope and utilize the resources available to support their own mental health instead of turning to dark humor. Until then, it is time to stop the memes and jokes surrounding mental illnesses and take these conditions seriously.