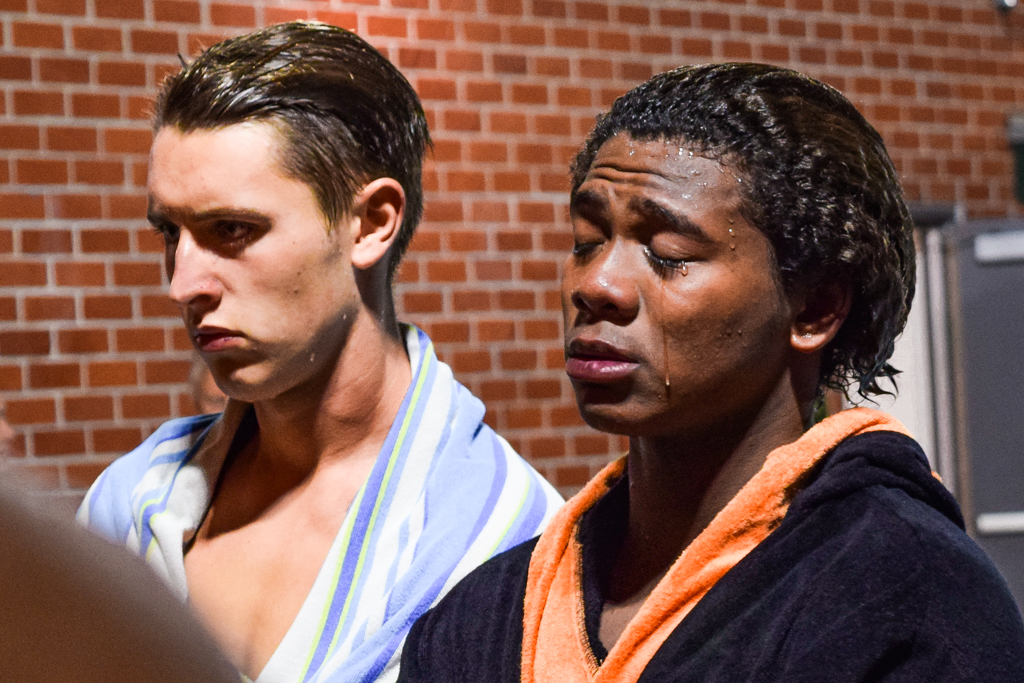 The Tigers lost twice to the Schurr Spartans this season; 12-8 in the regular season and 7-6 in the CIF playoffs.

Boys water polo suffered a narrow 7-6 loss to the Schurr Spartans in the second round of CIF on Thursday, Nov. 7. The Tigers made an impressive comeback in the fourth quarter, but were unable to grab the victory.

From the get-go, the Tigers were scrambling on the defensive end. The Schurr offense overpowered South Pas, but junior goalkeeper Liam Markus parried shot after shot, keeping the opponents to only two scores in the first quarter.

Towards the end of the period, the Tigers kept the Spartans at bay for long enough to initiate a counterattack, getting the ball to junior Maven Palacios, who slammed it past Schurr’s keeper. Sophomore Owen Imasaki tied the game at 2-2 with a low flick to the corner of the goal.

Schurr dominated the ball in the second period, relentlessly attack the South Pas goal. When the Tigers finally regained possession, they maneuvered the pool with long, careful passes, unable to break down the defense. South Pas headed into the break, trailing, 4-2.

In the second half, Markus successfully fought off the Spartan attackers, but the Tiger defense couldn’t last. Schurr drew a penalty call and threw a bullet shot that even Markus couldn’t block.

South Pas attempted to make the best out of the little time they got with the ball, moving it quickly up the pool with a series of passes. However, this fast buildup left them susceptible to Spartan steals.

The Tigers finally scored towards the end of the third, when sophomore Michael Felix fired a lightning fast shot to bring the scoreboard to 6-3.

With only a quarter remaining, South Pas pushed its players further down the pool. The aggressive, all-out attack succeeded. Junior Eddie Lane-Flannigan intercepted a pass and swam the ball back to the Spartan goal and the Tigers scored two goals in rapid succession.

Schurr responded, wasting time and letting the clock dwindle down. Down 7-5, South Pas desperately pushed forward. Lane-Flannigan scored a fantastic goal in the last minute of the game, skipping it in from halfway across the pool, but the Tigers were one goal short of a tie and the game ended with a score of 7-6.

“This obviously wasn’t how we wanted the season to end. However I couldn’t have been more proud of this team. We gave Schurr everything we got and I feel like we put in a great effort this season. I love these guys and I’m really going to miss playing high school with them, but I am so happy for this season,” senior captain Evan Kowal said.

The Tigers finished the season with an 18-11 overall record, an undefeated 8-0 regular season record, and a league title. Despite another early playoff exit, the team’s future is bright. With only two graduating seniors, the Tigers will continue to be a force in the Rio Hondo League