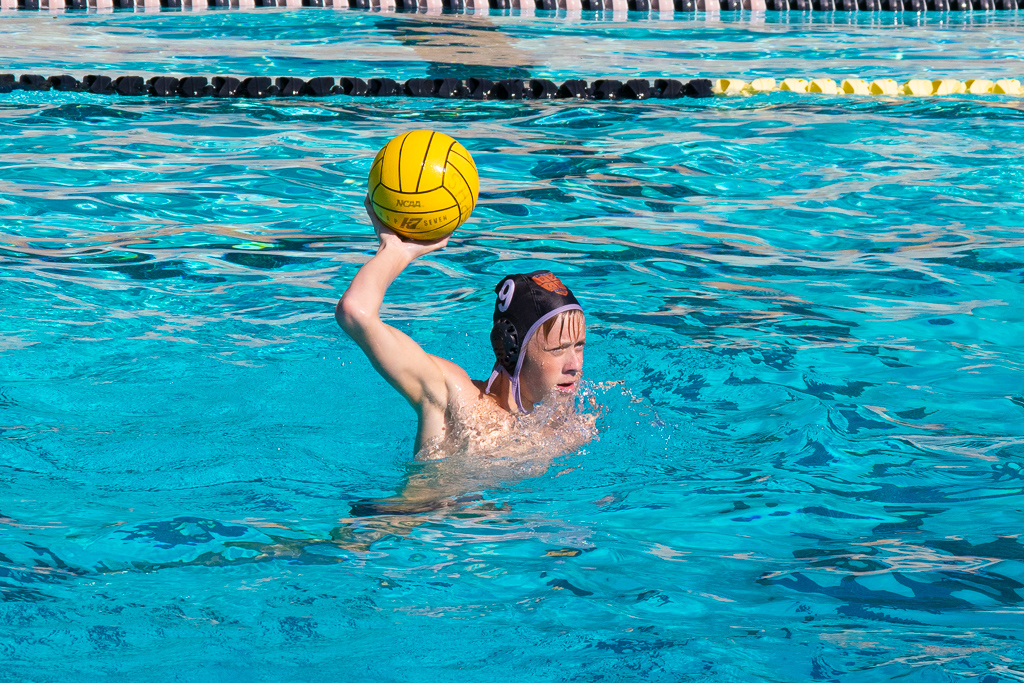 The Tigers started the game with a strong defense and worked to fend off the Lancer attacks. For the first half of the opening quarter, their strategy worked. The score was stuck at 0-0 until La Serna broke away and scored the first goal, pushing the ball past goalkeeper junior Oscar Walsh. South Pas looked sluggish, struggling to communicate and execute offensive plays smoothly. When they did manage to work the ball across the pool, the La Serna keeper easily denied any attempt to score. La Serna finished the quarter with a 2-0 lead.

South Pas were unable to find an offensive rhythm in the second period. The tight Lancer defense made passing difficult for the Tigers. South Pas attempted to keep La Serna at bay, but it wasn’t enough to slow their opponents down. The Lancers scored another with an easy shot from the corner. South Pas couldn’t seem to catch a break, with every offensive attempt stifled by La Serna. The Tigers entered the halftime break in a 4-0 deficit.

The second half sparked some hope in the Tigers. Right out of the gate, junior Anthony Felix chased the ball down to the edge of the pool and passed it to senior captain Evan Kowal who started the third quarter off with a goal skillfully placed behind the La Serna keeper’s shoulder. The goal snapped the Tigers into focus and they began to attack aggressively and attempt more shots. Defensively, goalkeeper junior Liam Markus made an impressive save, lifting himself out of the water to block a fast moving ball with his chest. La Serna came back with an even harder shot that they slipped past Markus, ending the quarter with a score of 5-1.

In the fourth quarter, the Tigers began to mount a comeback. Kowal shot right above the goalkeeper’s head and scored another point. Soon after, junior Eddie Lane- Flanigan wound up to fire, but dumped the ball to sophomore Blix Hadsell-Florin who scored. Despite this late offensive surge, La Serna lobbed two more shots past Markus, putting the score at 7-3. Lane- Flanigan made one more well aimed shot, but the Tigers ran out of time and the game finished with a final score of 7-4.

“We struggled at times because Coach Mike was testing new lineups by mixing players that normally don’t play together. From the outside, I know this may look like a big loss, but in actuality it was a great learning experience which will ultimately prepare us to be a stronger team with the hope of being more prepared for the upcoming CIF playoffs,” Felix said.

The Tigers will play their first league game at home against the Monrovia Wildcats on Tuesday, Oct. 1.