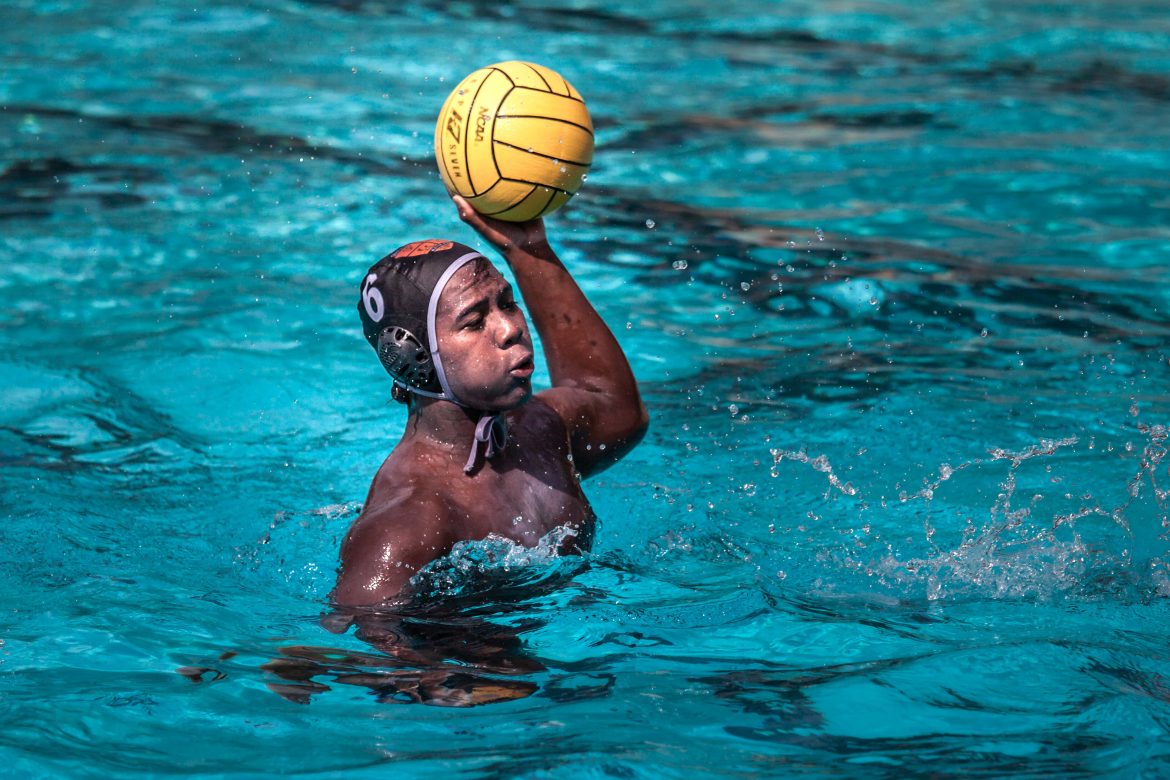 Sophomore Eddie Lane-Flannigan and his teammates attempted a late-game comeback, but the attempt fell short as time expired.

Boys’ water polo endured another loss in the young season, this time by a 13-6 final score, in their game against Damien on Saturday, September 1st. Though the Tigers went in expecting a tough matchup against the higher division school, they fought valiantly nonetheless.

Damien kicked off the game by obtaining the ball early. However, an impressive save by sophomore Liam Markus ended the attempted push. Although the opposing Spartans’ scored twice with swift skip shots not long after, junior Evan Kowal secured a long throw above the opposing goalie’s reach into the net. The Tigers’ defense blocked multiple imposing launches, however, Damien’s overwhelming offense prevailed with a 3-1 lead at the end of the first quarter.

The second quarter started out with stalwart defense by sophomore Eddie Lane-Flannigan, who suppressed any openings for the Spartans. Eventually, Damien’s offensive passes and shots outmaneuvered the Tigers’ goalie with four successive goals, until Kowal managed to slip past for a successful shot. South Pas’s defensive players, including senior Philip Lee, impressively subdued Damien passes and left the rest of the quarter at a stalemate and a score of 7-2.

Though the Tiger’s defense initially struggled to support Markus, leading to scores from the Spartans, Lee single-handedly secured a ball whilst fending off all of Damien’s players. For the remainder of the third quarter, Markus gallantly saved three shots from reaching the net and set up the Tigers’ offensive line with well-placed lobs. By the end of the quarter, the score tallied 11-3, with the Spartans still having the edge.

South Pas’s defense slowed down Damien to where they were forced to foul, leading to a free throw by Kowal and a triumphant score. At this point, the Tigers picked up their offensive pressure with sophomore Maven Palacios securing a last-minute goal only milliseconds before the buzzer. The Tigers continued to end Damien’s offensive pushes with solid play from goalie Markus and the defensive line. Effective positioning from the Tigers’ offense set up Palacios for a well-played corner strike and goal. However, even with the Tigers delaying the Spartan offense for much of the quarter, they were unable to secure a comeback. The match ended with a final score of 13-6 in favor of Damien.

Even with a defeat by the experienced players of Damien, the Tigers showcased impressive offensive and defensive plays, many of them being from South Pas’s young talent. The Santa Barbara tournament this Thursday through Saturday will determine whether South Pas can utilize their talented players to secure a successful season.