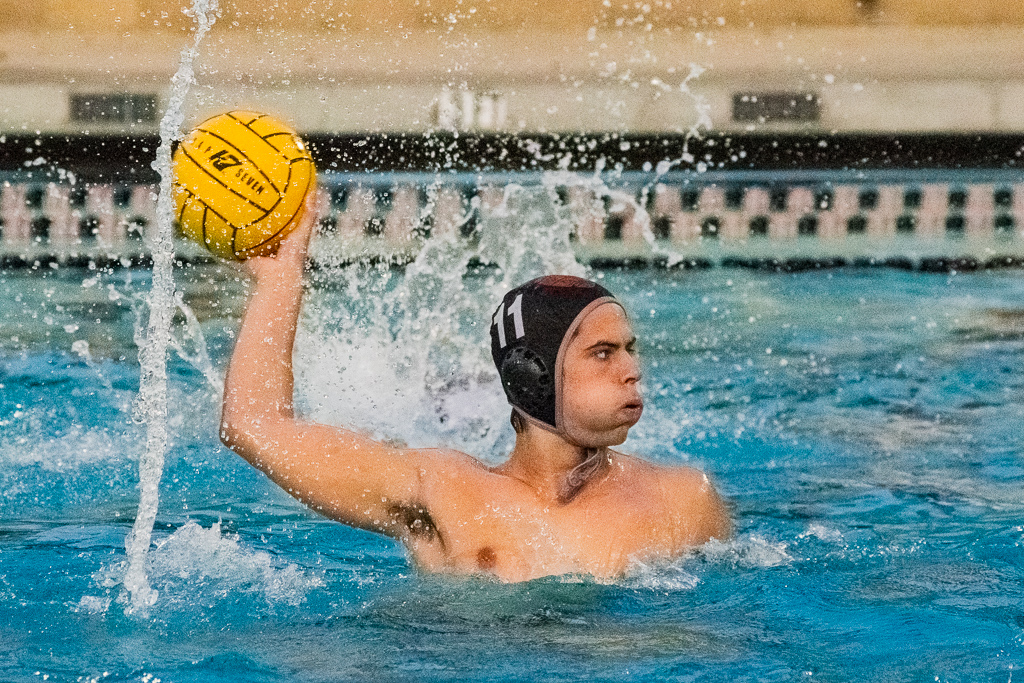 Following the 11-6 statement win, South Pas will face Schurr in the second round of CIF on Thursday, Nov. 7.

Boys water polo knocked out the Newbury Park Panthers in the first round of CIF on Tuesday, Nov. 5. The Tigers maintained a considerable lead throughout the entirety of the game and ended with a final score of 11-6, moving them onto the second round of the D-III CIF tournament.

Right out of the gate, the Tigers were playing with an increased playoff intensity. The Panthers met them with a similar determination, but near the middle of the first quarter, the Tigers were up, 1-0.

In a fast-paced game, the ball traveled back and forth between teams until South Pas secured a hold on it. The Tigers took shot, but it ricocheted off the goalpost. Sophomore Owen Imasaki dove for the ball and backhanded the rebound in with 17 seconds left in the first period.

In the second quarter, South Pas took every opportunity to attack. While most shots did not find the back of the net, they certainly intimidated the Panthers, who began to waver. Junior Anthony Felix drove past a helpless Newbury Park defense and fired the ball right past the keeper. Imasaki followed Felix in ruthless pursuit and brought South Pas up to a comfortable lead of 4-0.

Newbury Park seemed to start the third quarter with a renewed vigor, but it was short lived. Senior captain Evan Kowal stole the ball and swam it midway across the pool before tossing it to sophomore Egan Hadsell-Florin. Hadsell-Florin succeeded in guarding it against the Panther defense until he could pass it to sophomore Lucas Abrahamian, who was waiting at the goal. Abrahamian tapped it in, securing another point for the Tigers.

The Tigers turned up their defensive intensity, playing aggressively and engaging in a struggle for the ball in the middle of the pool that ended with a penalty shot for the Panthers. The Panther shot a hard ball into the corner, but Markus proved once again that no shot is unblockable. He sprung out of the water and made a clean block with his chest.

The fourth quarter was an unbeatable combination of aggressive offense and united defense. Imasaki was on a roll, slamming in shot after shot from all angles. The Panthers got a few more last minute shots, through, as South Pas started to relax as the clock ran out. Still, the Tigers finished with an 11- 6 victory.

South Pas will face Schurr on Thursday, Nov. 7. The Spartans defeated the Tigers in their last matchup, 12-8, but South Pas remain positive and determined to gain another victory.

“We executed well today and secured that first round win. However, our big challenge is beating Schurr. We will prepare and be ready for them on Thursday,” Kowal said.

Letter to the editor: Let us stay with you