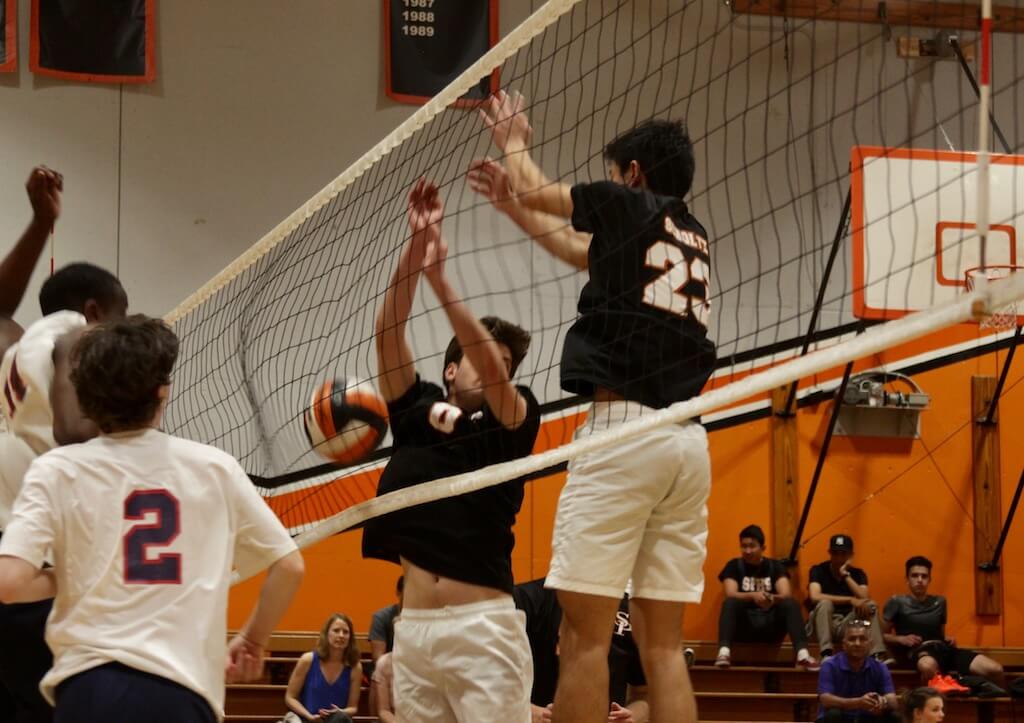 The boys’ volleyball team was victorious against La Cañada on Tuesday, April 25, winning 3-0 with narrow margins at home. This victory follows the Tigers’ performance at a neutral tournament in Santa Barbara.

Errors plagued the team throughout the lackluster match. South Pas mistakes and mis-hits kicked off the first set and surrendered to 4-1 lead. The Tigers soon recovered, with a successful block from junior Kanak Belgaum that brought South Pas in the lead with a score of 9-7.

After a La Cañada defensive error, senior Matt Scholtz widened the lead to 13-9. In the middle of the set, junior Kyle Woo was hit in the head with a volleyball, but returned within the end of the set. Although the Tigers had a 5-point lead, reception errors narrowed South Pas’ lead to 24-22. Senior Gunther Vaden ended the set with decisive kill. The team finished 25-22.

Before the match started, multiple offensive players reported shoulder pain: a result of playing four matches in two days and a possible reason for the team’s lackluster performance.

The second set was just as tight as the first. Although the Spartans kicked off the set with a serving error, the Tigers lost their lead with even more errors. A La Cañada error broke the 4-4 tie. There was a timeout called when the Tigers were down 18-16.

Returning from timeout with a bang, Vaden struck with a kill. The self-professed “Core Four” (seniors Max Amido, Lucas Fox, Scholtz, and Vaden) clinched with a final score of 25-23.

The third set was more decisive than the first two. Junior Cole Schroeder began the set with a strong serve. Vaden widened the nascent lead with a kill. After losing several points to unforced errors, Vaden responded with a kill, making way for the Tiger comeback.

Junior Maxton Lam widened the Tiger lead to 14-10 with an unexpected ace. Not to be outshone, both Vaden and Scholtz immediately scored. The final score was an improved 25-15.

“As team we were a little sloppy, but our players that don’t usually play stepped up today,” Vaden said.

The Tigers’ next match is away at San Marino on Thursday, April 27.