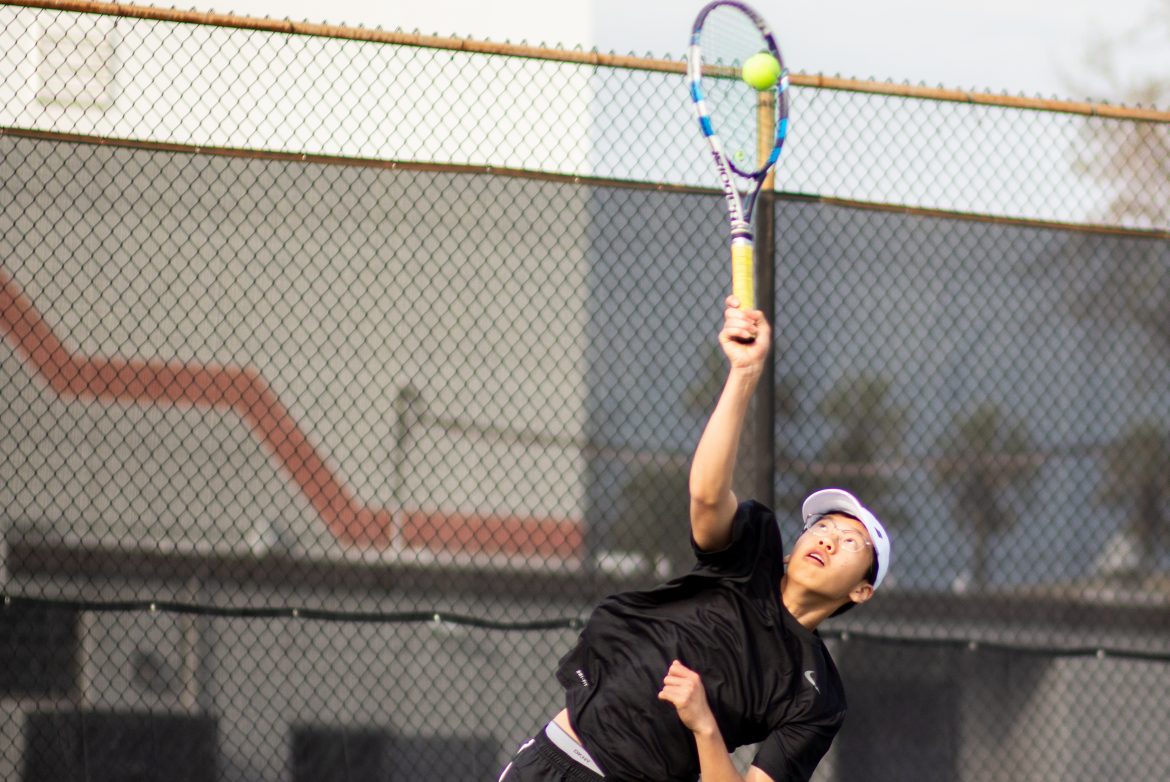 Sophomore David Sohn serves the ball against his Polytechnic opponent.

The boys’ tennis team dropped its final preseason match 16-2 against the Polytechnic Panthers on Friday, Mar. 8. The Tigers finished preseason play with a 3-2 record.

South Pasadena struggled the entire match. The only wins came from junior Desmond Chan, singles one. Chan was victorious in his first two sets, 6-1 and 6-2, respectively. However, his 14 set winning streak came to an end in his last match, where he fell 6-1.

“Our game went pretty badly. They were a great team,” junior David Newhall said. “If we want to get to CIF we are going to have to practice hard and improve.”

The Tigers will look to rebound in their first league match against Temple City on Tuesday, Mar. 12.